This is a message from party leader Paul Golding in response to his arrest in Wakefield:

I want to say thank you to everyone who supported me after my arrest on Saturday.

I spent twelve hours in a squalid and boring police cell, but I knew that there were legions of patriots out there that were shocked and angry at my treatment. 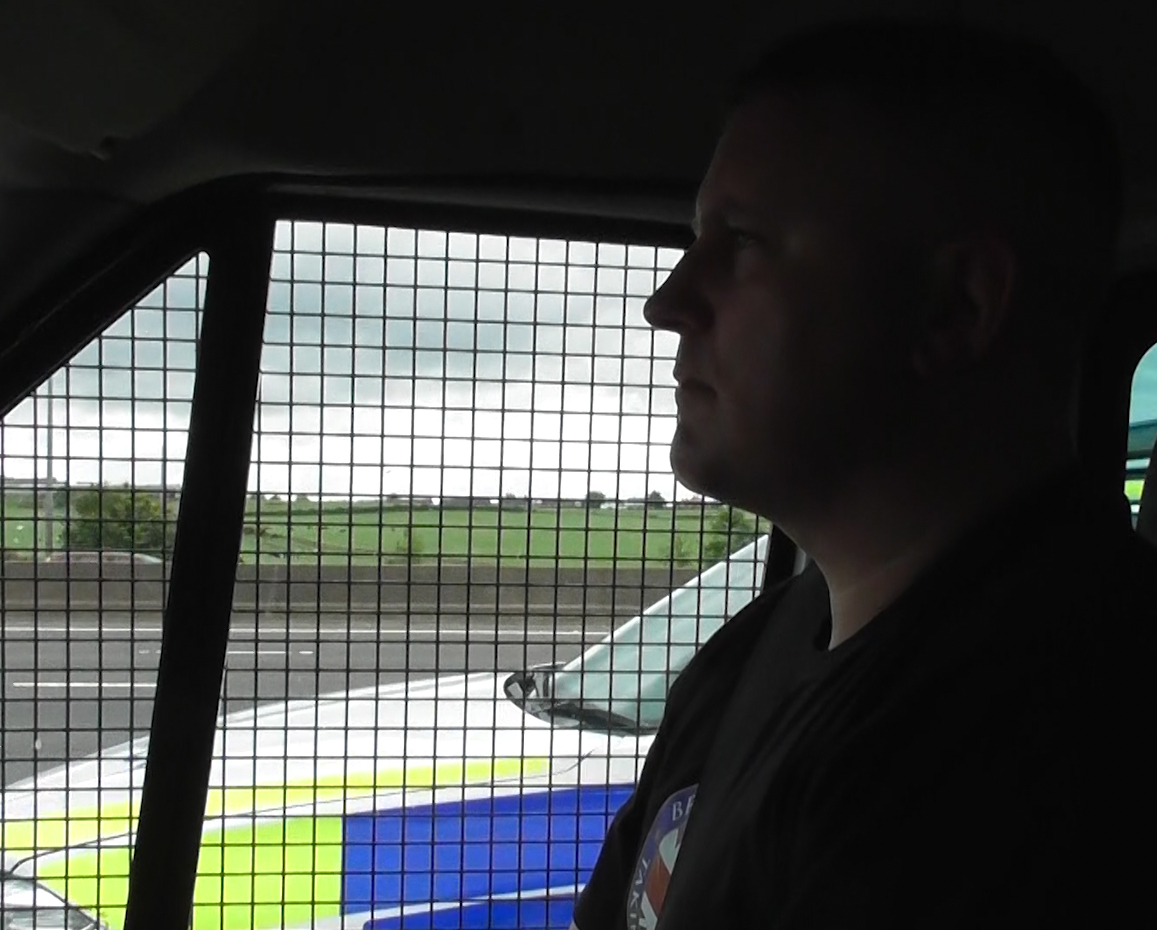 The officers who ambushed us on the motorway did not display collar numbers, so I am starting to suspect they were from 'SO15 Counter Terrorism Command'.

All the police had to do was phone me and I would have gladly handed myself in.

There was no need to deploy such a massive show of force and deploy an elaborate and complex police operation.

We have now published the un-edited footage which clearly proves that the police acted on a malicious allegation. 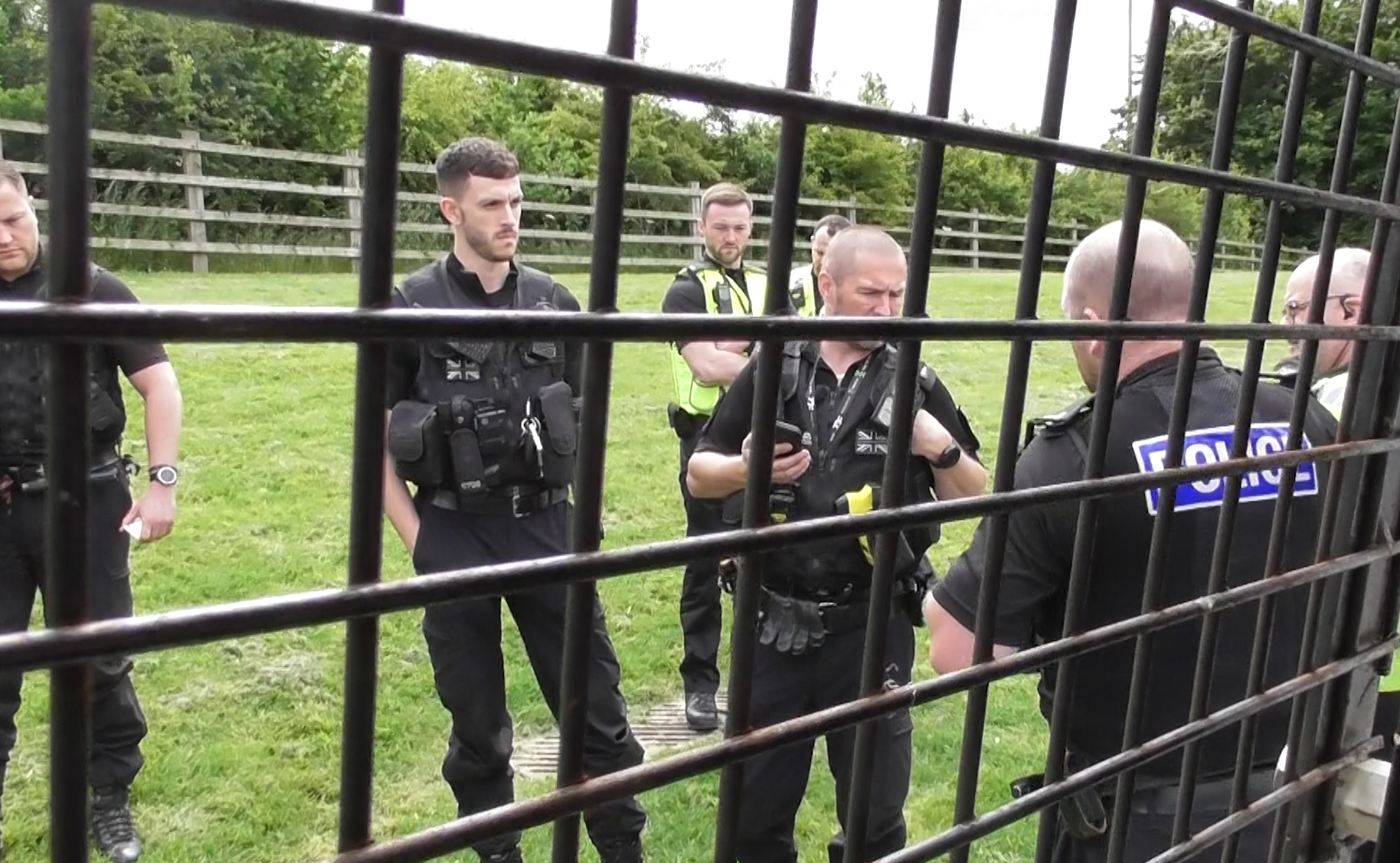 If the police had any integrity whatsoever, they would drop any investigation directed at me and arrest the person named 'Mohammed' who made the false allegation.

I am not holding my breath on that front!

Anyone with half a brain cell can tell this harassment was politically motivated.

My single bail condition is to stay away from Wakefield.

A registered political party leader banned from entering the town where his party is standing a candidate!

The police still have possession of my iPhone. 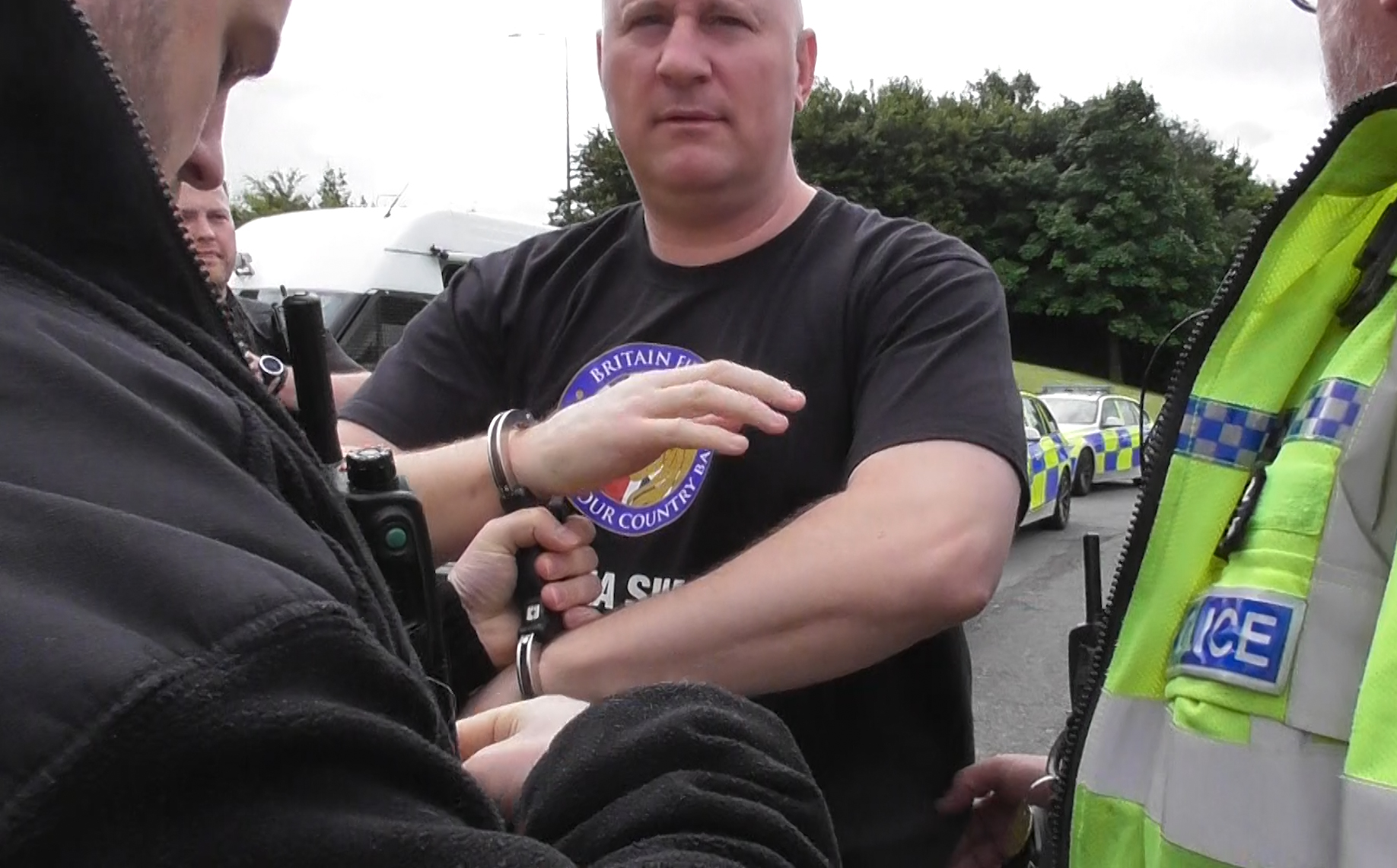 The police have also impounded our Battle Bus to prevent it campaigning in Wakefield.

Luckily, we have two more of them, and they will be campaigning immediately in the town.

The corrupt police think that I will be intimidated if they harass me like this.

How stupid are they?

This was approximately my twentieth arrest in the last eight years while leading Britain First.

I have been to court around thirty times.

I have been prosecuted around fifteen times. 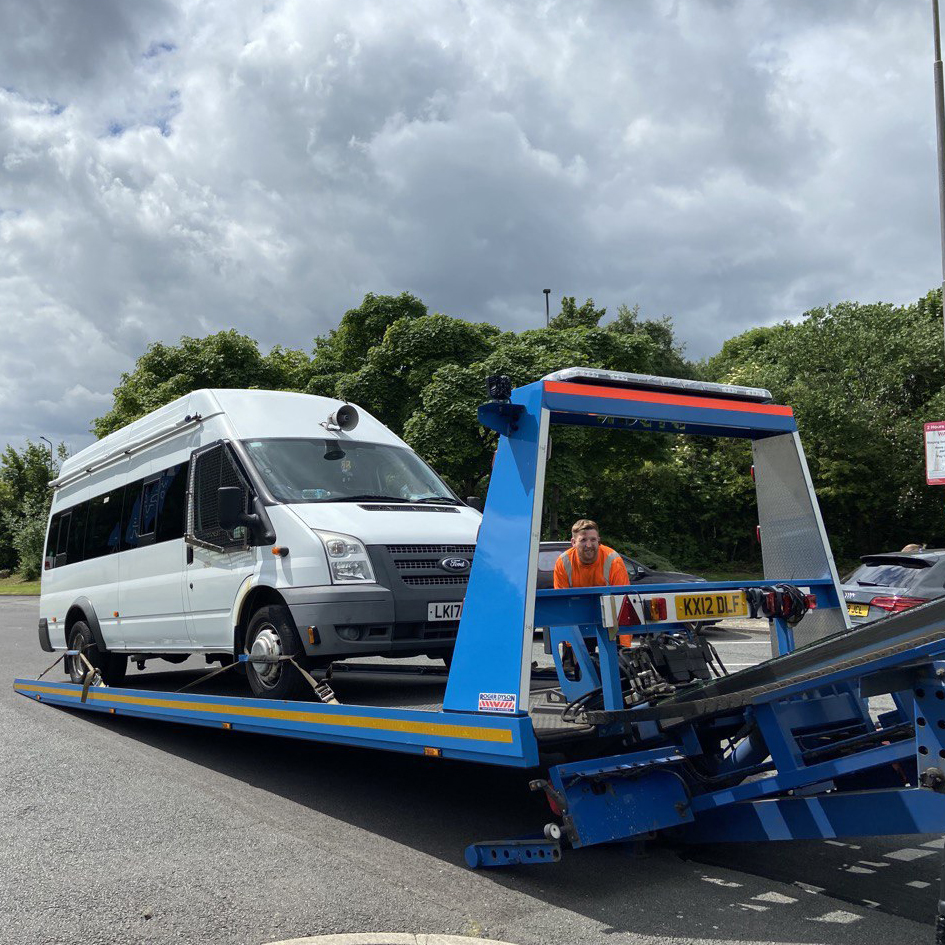 I have been in three different prisons.

I have been attacked in jail by a jihadi prison gang.

There are Islamist terrorists serving life sentences in Belmarsh prison for plotting to chop my head off.

I have been served with multiple credible official death threat warnings, including one only a few weeks ago.

Do I sound like the type of man who will buckle under pressure? 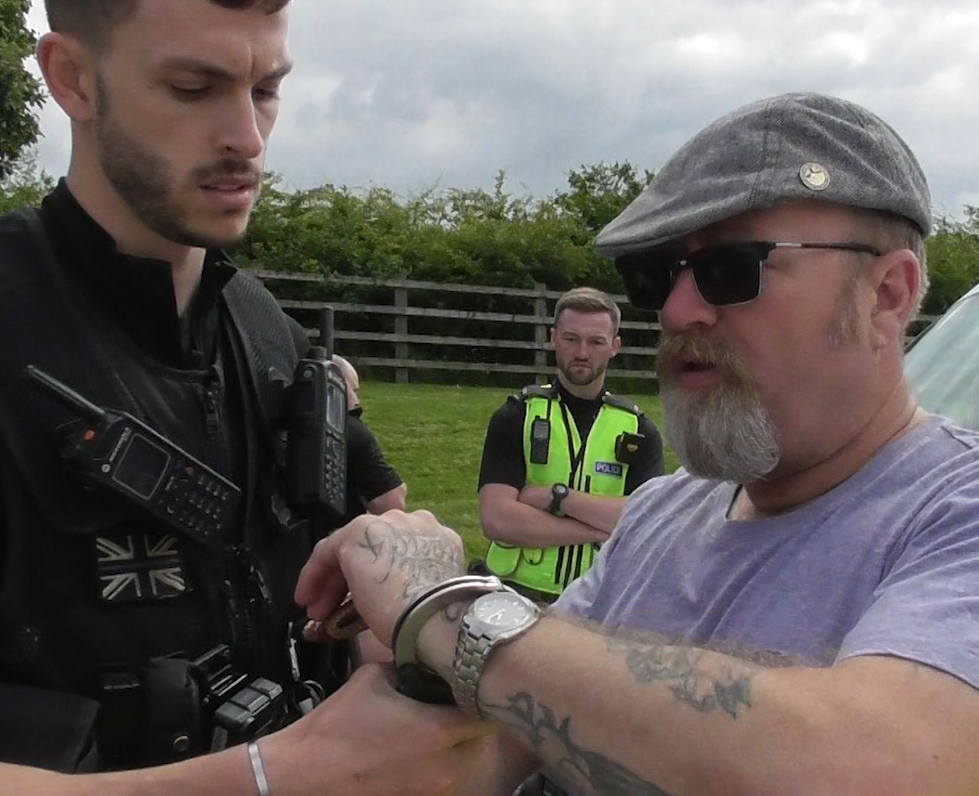 And yet the police still try their luck with their silly and ineffective Police State tactics.

All they ever achieve is to expose themselves for the tyrants they are.

They think they can break me, but that will never happen.

It's wishful thinking on their part.

The only way they can prevent me fighting for my country is if they assassinate me, which they probably will do, one day.

Thank you for sticking by my side during the darkest periods of Britain First history, including on Saturday.

I am eternally grateful for all those staunch patriots that have supported me personally during my endless persecution. 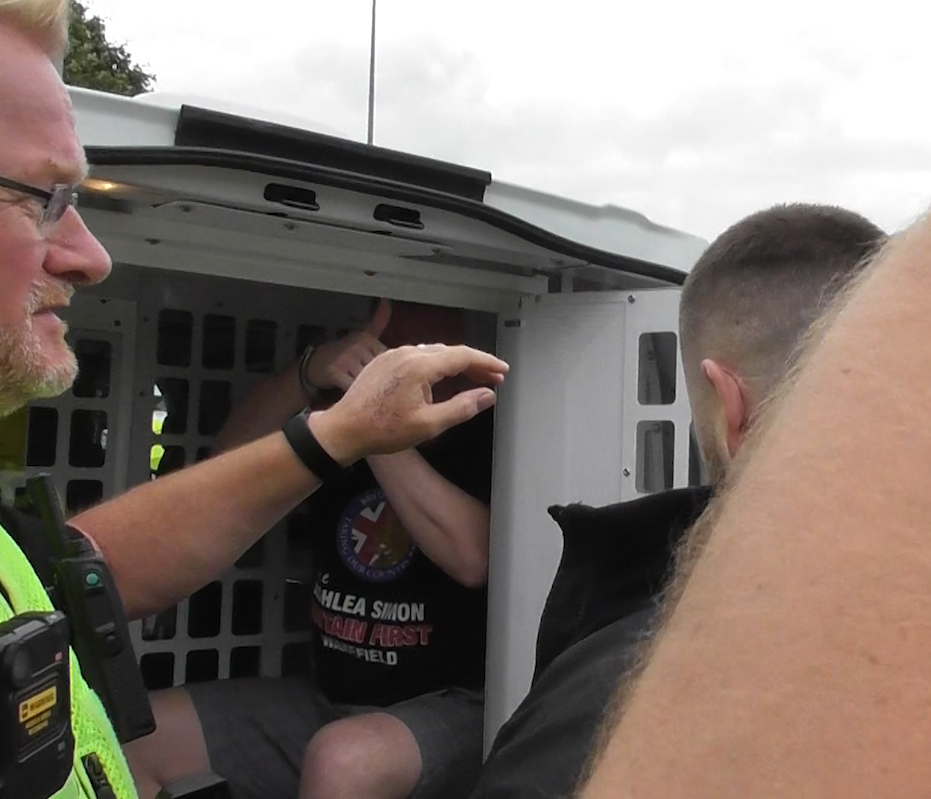 Anyone who has read my book 'The Battle for Britain' knows the horrific persecution I have endured.

The biggest lesson to be gleaned from the police operation on Saturday is that, the Police State is at a point on the timeline where they don't even care any more about meddling in elections.

If they have the flimsiest, most ridiculous pretext to harass certain political candidates or parties, they will.

Meddling in democracy? Who cares.

The police authorities have reached a level of arrogance and wokeness that is shocking and worrying.

Not a single media outlet, not even the local Wakefield newspapers, have reported on what occurred on Saturday, none of them.

At any other time, a political party leader being arrested - and a campaign vehicle being impounded - in the middle of a high-profile parliamentary by-election, would be big news. 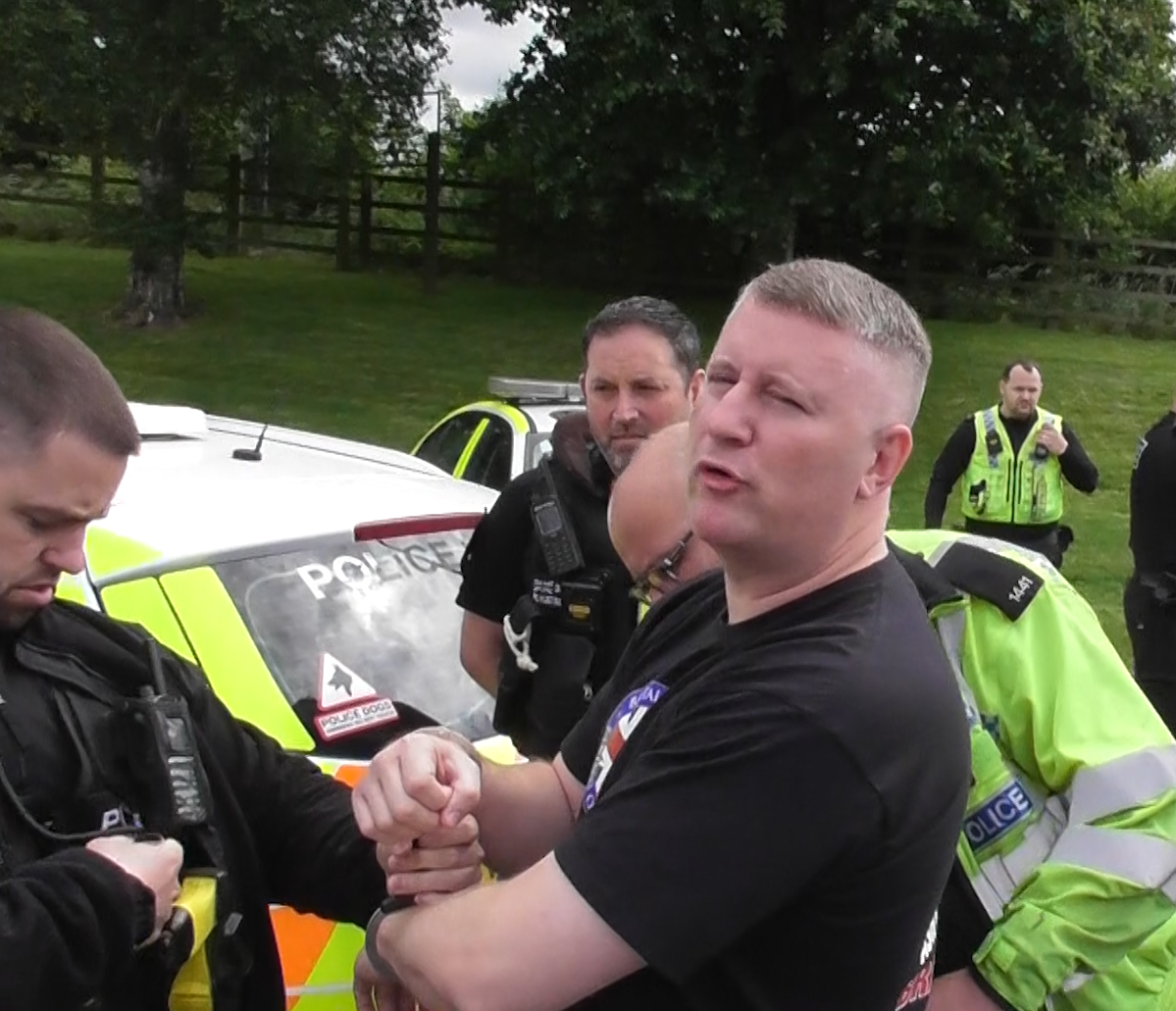 But when it comes to the events that occurred on Saturday, you could hear a pin drop in the media.

Make no mistake about it, Britain First is causing serious worry in the corridors of power.

The Police State would not use that level of force and aggression - and deploy that level of resources - for a bunch of neanderthals.

The Police State is deeply worried and they are reacting with predictable stupidity, by persecuting and harassing political dissidents.

They don't care what it looks like to the public, because their friends in the media will cover it up.

They don't care if they are interfering in lawful democratic election campaigns.

They have the power, and they want to keep it.

Anyone challenging that power, like Britain First, must be crushed and destroyed. 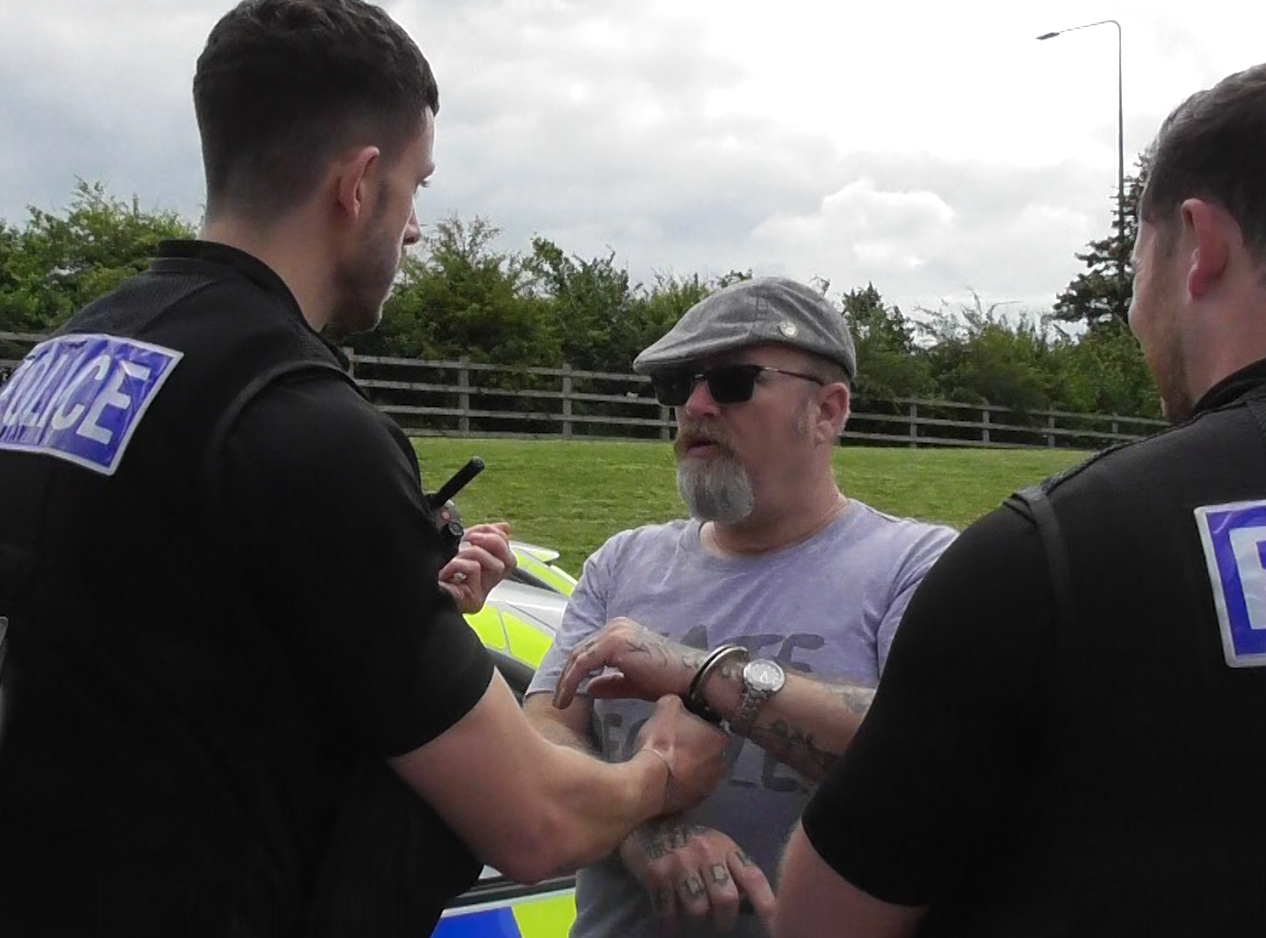 But, in Britain First, they have met their match.

Despite all the sabotage, all the arrests, all the prison stints, all the court dates, all the bail conditions etc etc, we have forced them to register us as a political party and we are now contesting democratic elections.

They must be pulling their hair out while watching us rise in politics.

I am ready for anything they throw at me.

The more they persecute me, the more I fight back.

The more they persecute me, the stronger my faith becomes that I am doing the right thing.

One day those who have abused democratic liberties and civil rights will be held liable for their crimes.

We are only going to get stronger. 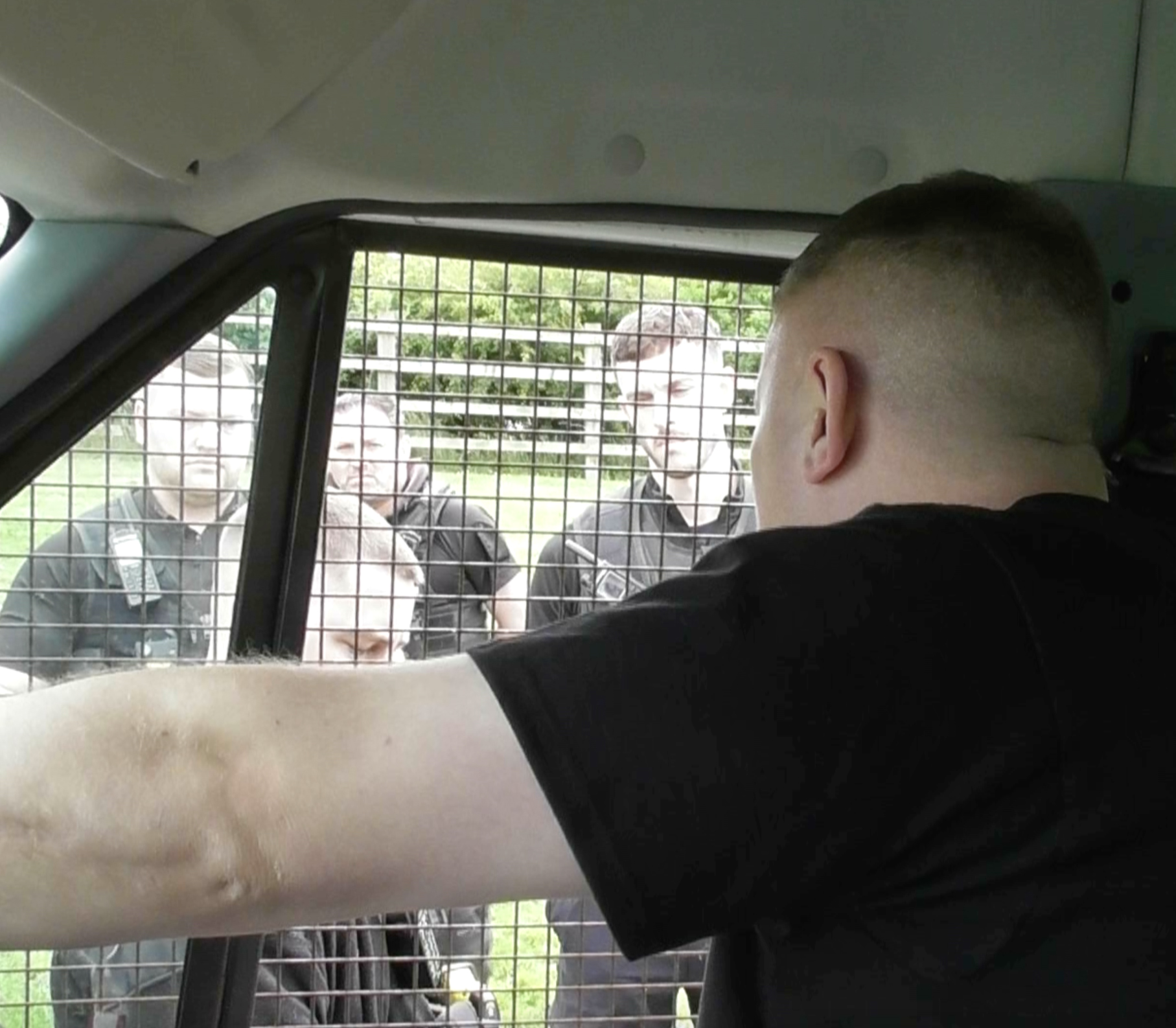 Due to their arrogance and hubris, they think we will crumble when they attack us.

The only downside in this situation is that I am without a phone, without transport and all of our election material for the Wakefield by-election has been confiscated.

We need to raise some funds so we can replenish our campaign materials and get back on our feet.

If you can spare a tenner, chip in asap so we can overcome this police sabotage.

I will be very grateful to all those who chip in.

We will take our country back!