Tomorrow is polling day for the Wakefield parliamentary by-election.

This is the first parliamentary by-election that Britain First has ever contested.

We are competing with the "big league" of British politics who are throwing tens of thousands of pounds at this election. 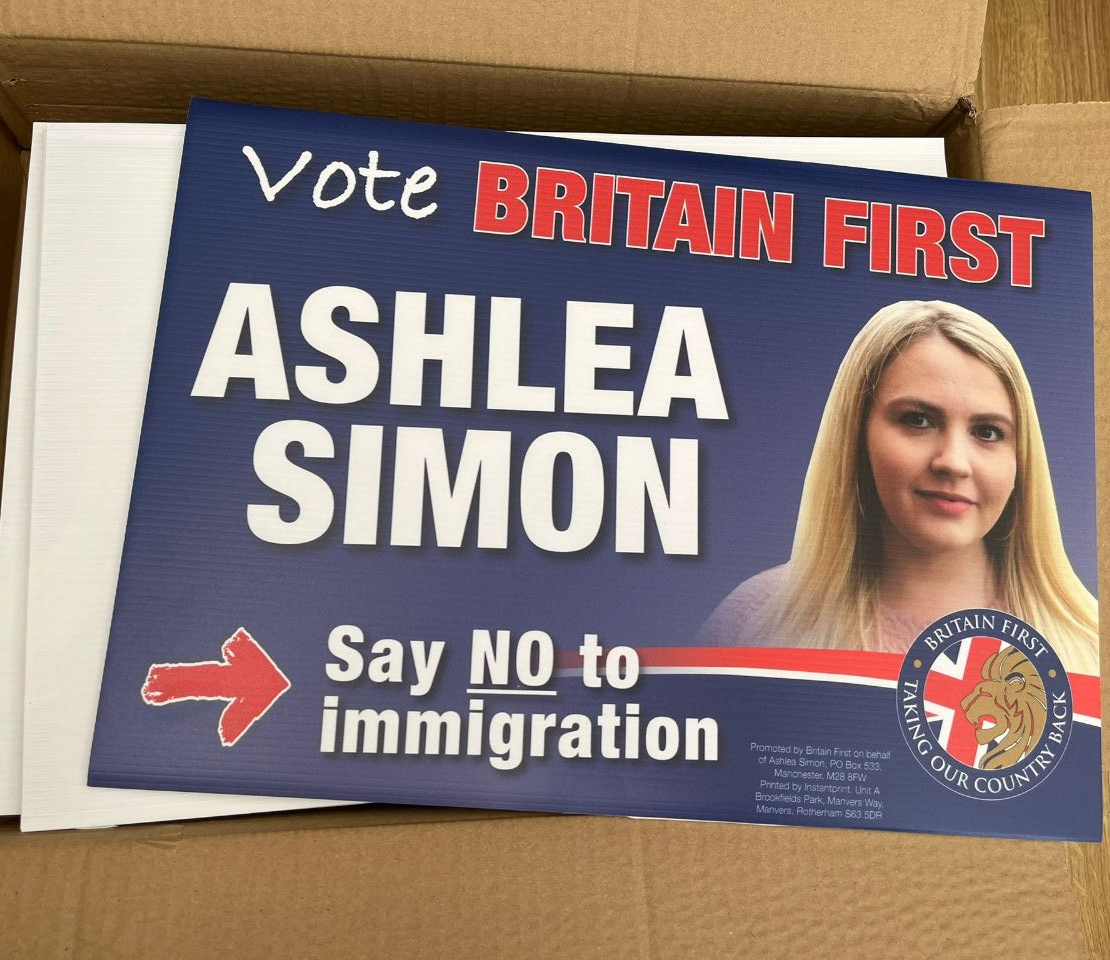 No less than fifteen parties or candidates have been saturating Wakefield for over two months now.

The entire Labour shadow cabinet has been campaigning in Wakefield, as well as most Tory ministers.

Britain First has been blanked by the media, receiving only an occasional mention here and there.

The police have tried to sabotage our campaign.

The white Battle Bus has been impounded for the best part of two weeks now. 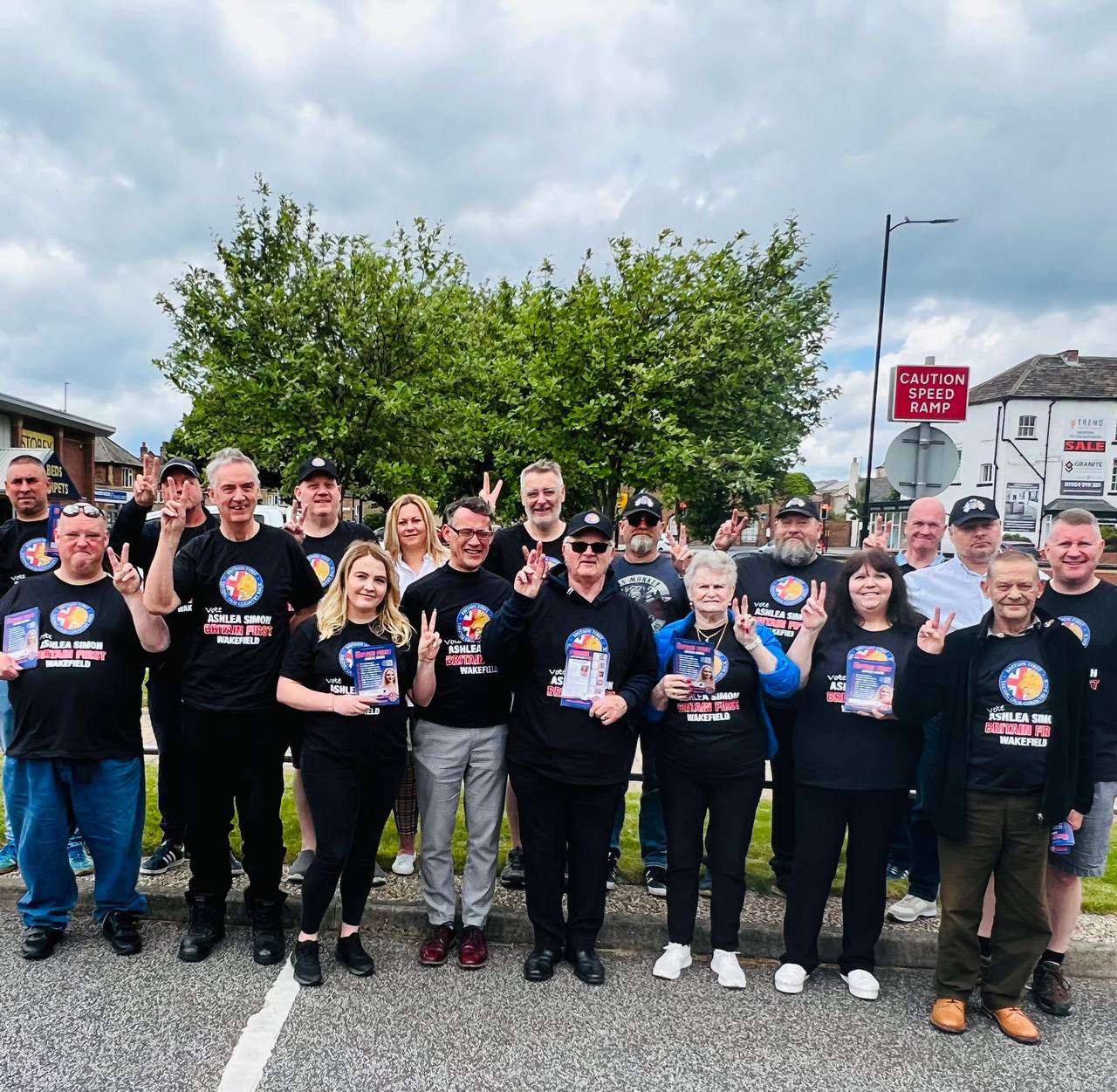 The white Battle Bus was filled with election leaflets and other materials that the police refused to give us back.

Despite all of this, we inflicted no less than two separate legal defeats on Wakefield Police.

Despite all the skullduggery from the authorities, we still managed to organise the following campaign:

We managed to organise all of this in five weeks flat.

When we look at our campaign in these terms, we can be very proud of what we achieved.

Believe me when I say, the next parliamentary by-election campaign we organise will be much, much better.

We have learned so much from organising this campaign. 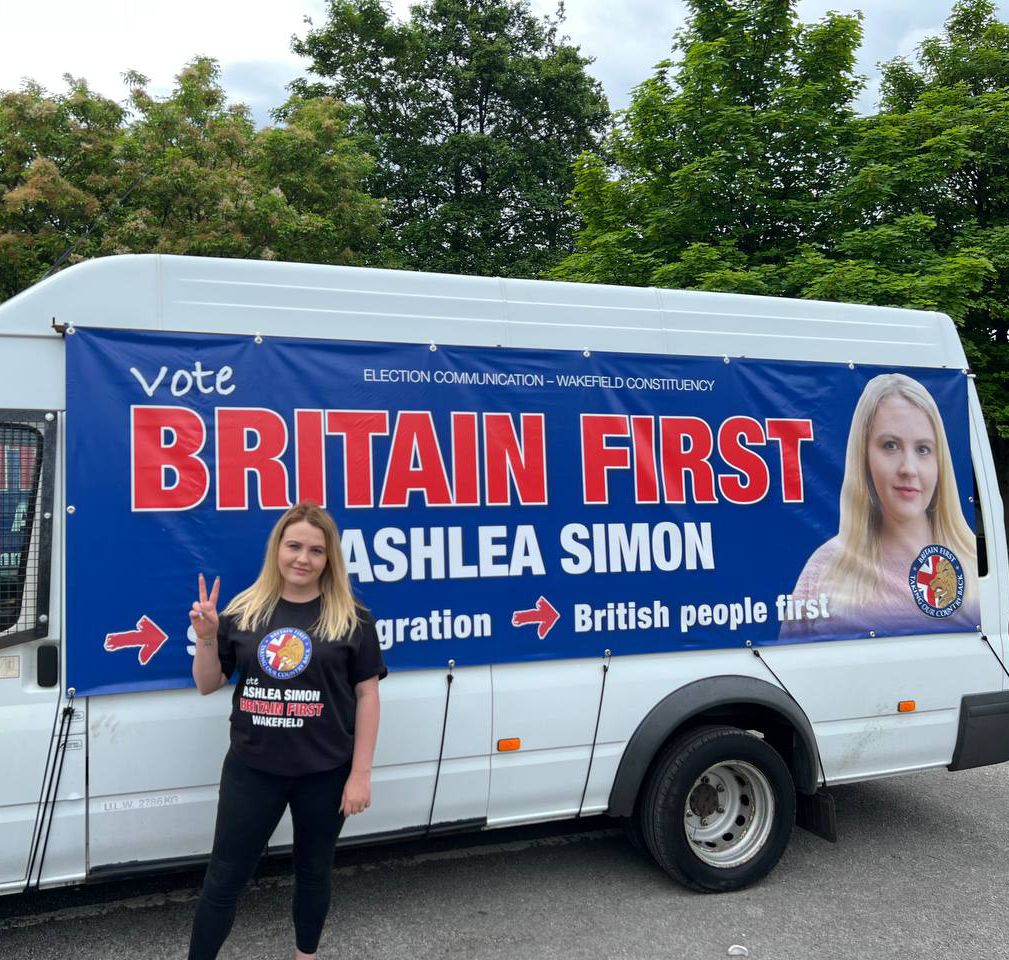 We made a bunch of mistakes, admittedly, and we will ensure these don't happen again next time.

Some things we wish we would have implemented earlier, such as fixing the A3 placards to lampposts.

The entire campaign has been a huge learning curve.

We decided to stand in this election to raise our profile as a political alternative, and we feel strongly like we have achieved this objective.

Britain First has featured strongly in Twitter mentions of the Wakefield by-election. 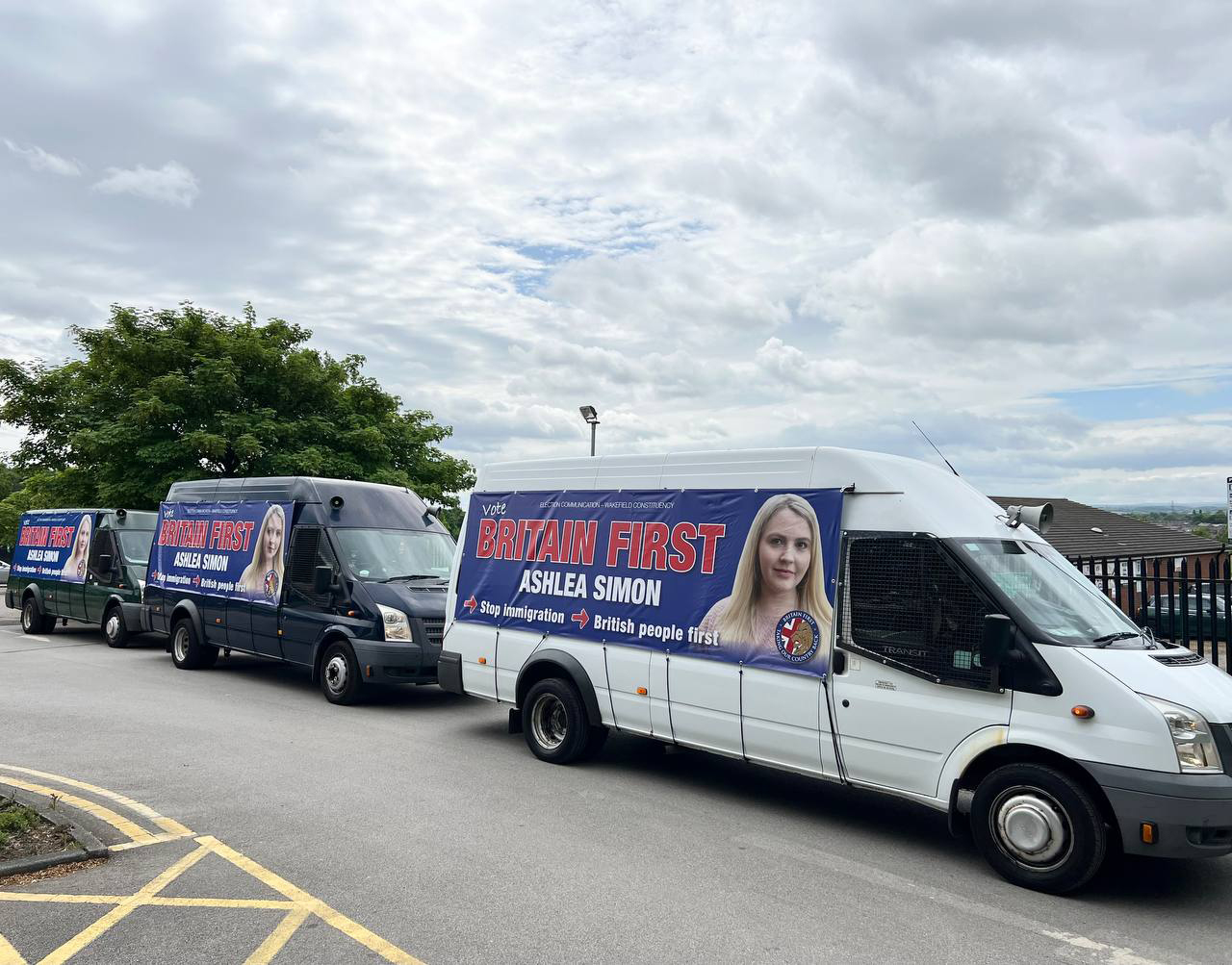 Our focus has been on the campaign and the increased public profile standing in this election brings in its wake.

To be completely honest, we are not at all concerned about the result tomorrow evening, as we didn't stand in this election with the delusion that, at this stage of our development, we could compete with the Old-Gang parties.

Our team of fourteen activists and officers will visit the count tomorrow evening with our heads held high, and we will enjoy every moment of it.

Our struggle is a long marathon, not a short sprint.

We estimate that Britain First will receive between 3% and 5% of the vote tomorrow. 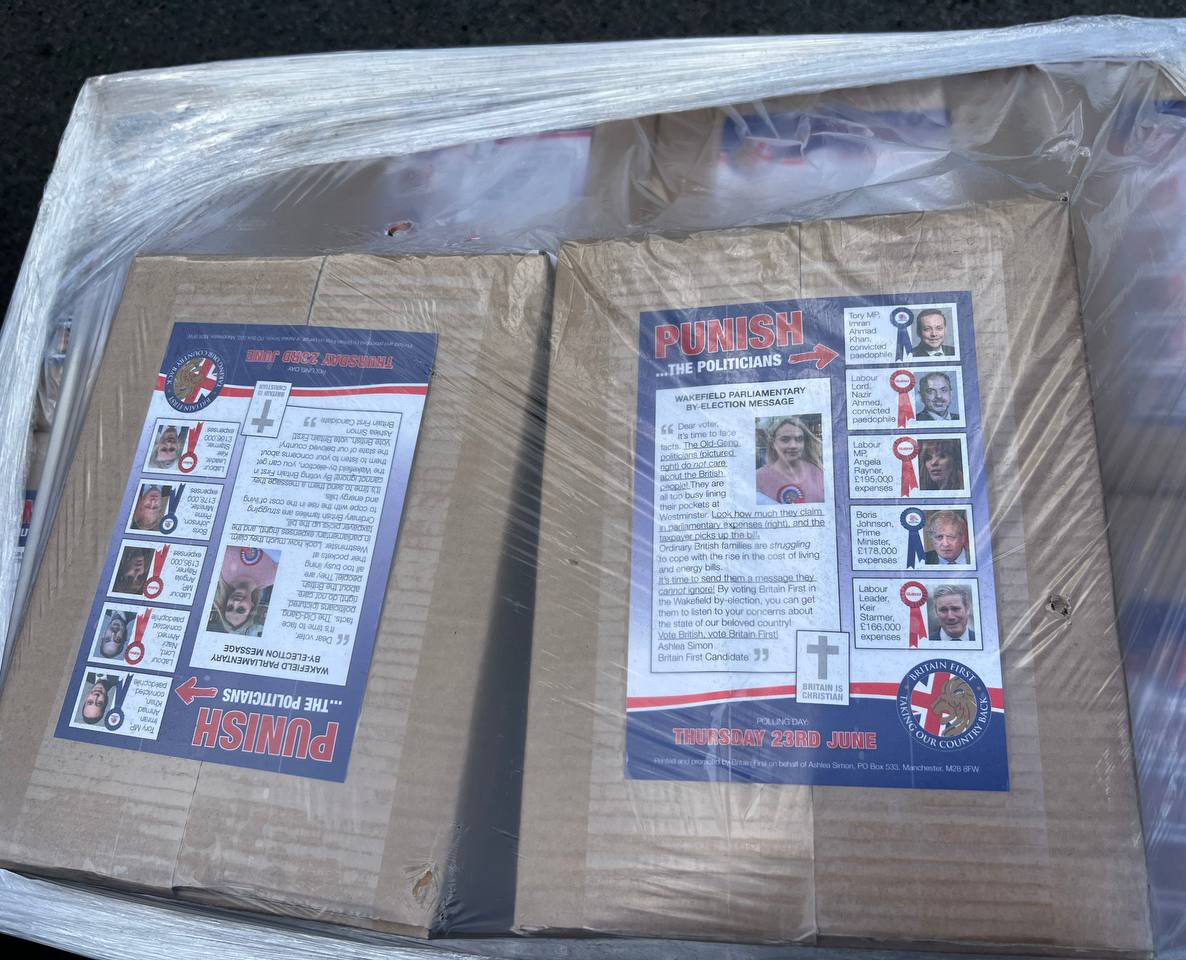 Anything in this region we will be happy with, as this is our first attempt in a major parliamentary by-election.

So regardless of the end result tomorrow evening, it will be causing consternation in the corridors of Westminster that Britain First is rising as a political party.

This is a "win win" situation for Britain First, because we have already achieved our objectives even if the election wasn't taking place tomorrow.

Even our enemies on the far-Left are regularly stating that Britain First is the most well equipped, best funded patriotic party in this country.

The far-Left extremist organisation, Hope Not Hate, said Britain First "remains an active and aggressive far-right threat," adding that we are the "best equipped far-right group in the UK." 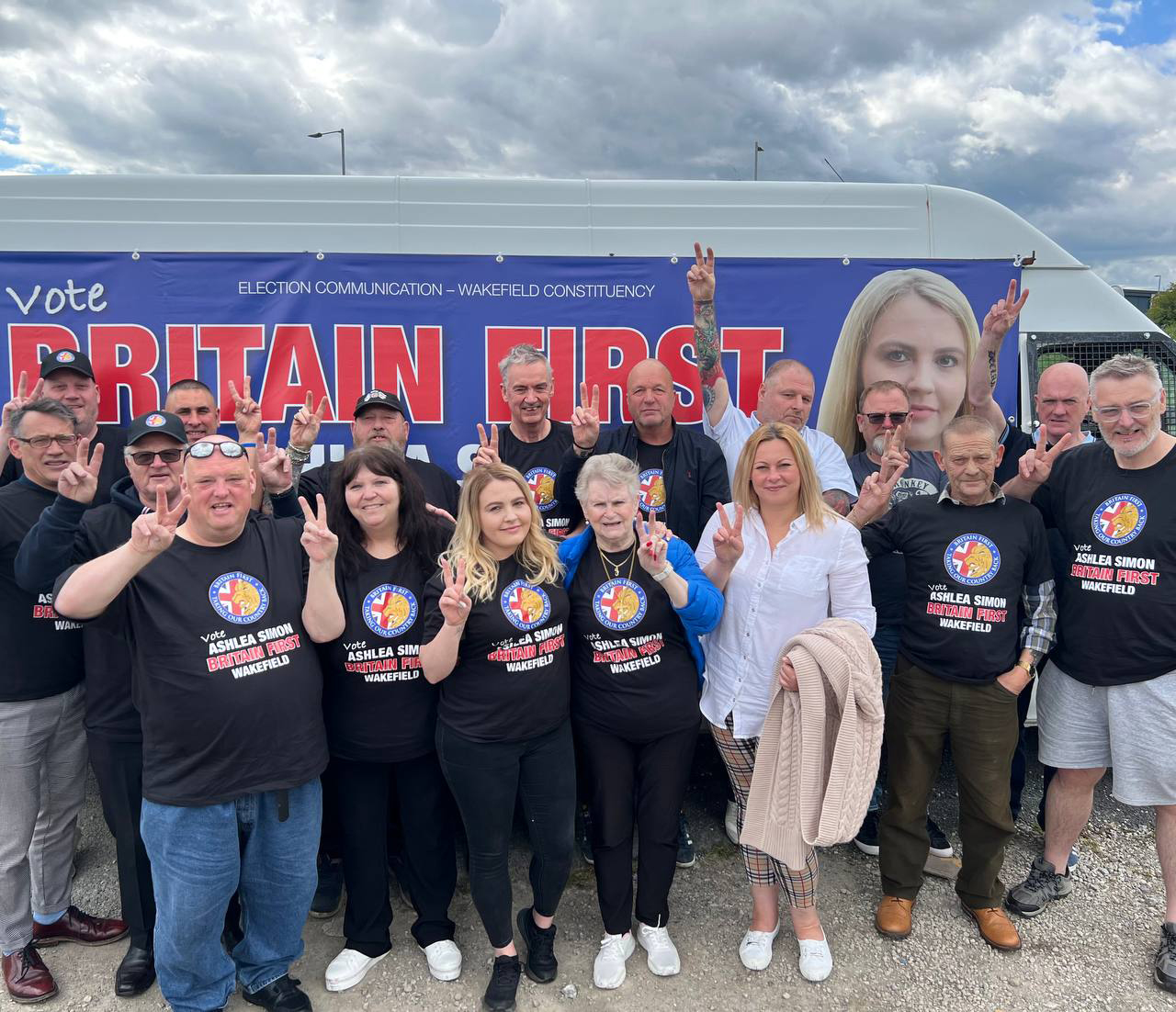 So, whatever happens at the count tomorrow, Britain First is undoubtedly in pole position on the Right of politics in this country.

We have proven that we are the most credible vehicle for serious patriots who want to rescue our nation.

Many on our side of the fence in politics are yearning for unity between patriots, but this can only be achieved by all patriots joining Britain First as the premiere party of the Right.

If you are reading this message and you are currently residing in any of the other patriot groups, then it's time to do some soul searching.

A warm welcome awaits all patriots and nationalists who want to engage in effective and worthwhile patriotic politics. 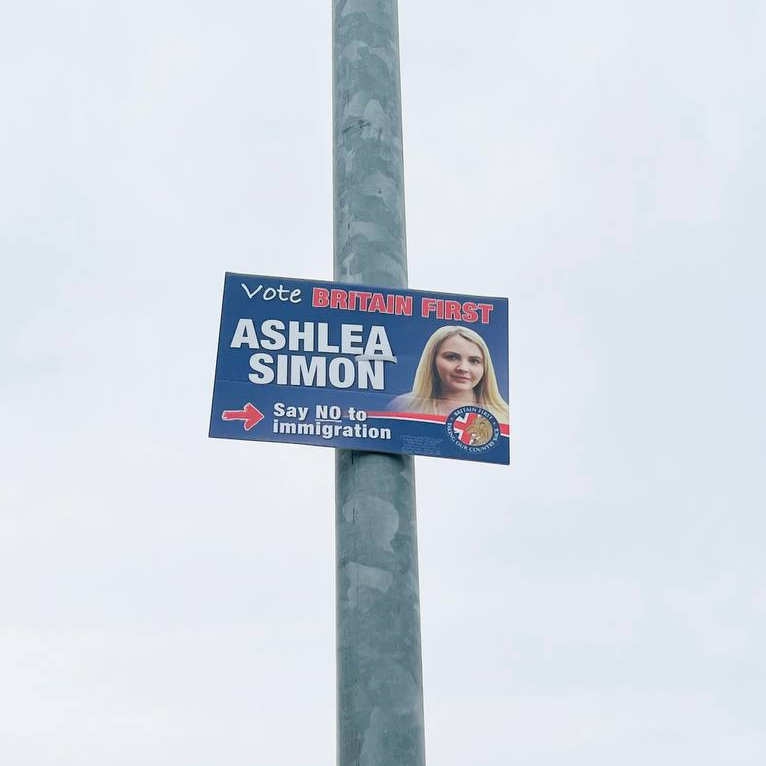 I am going to be spending the entire summer criss-crossing the country organising regional meetings and regional activities.

We will focus on building active branches in every county.

We have never been in such a strong position as a party and I intend to start building a network of local branches that can take our message to every corner of the nation.

Britain First is a historic and providential movement that is more than capable of taking the fight to the corrupt establishment.

I look forward to speaking to you all again on Friday once the dust has settled.