A swarm of Britain First activists descended on Wakefield this afternoon.

Dozens of activists - and all three of the Battle Buses - spent the entire afternoon campaigning hard across the constituency. 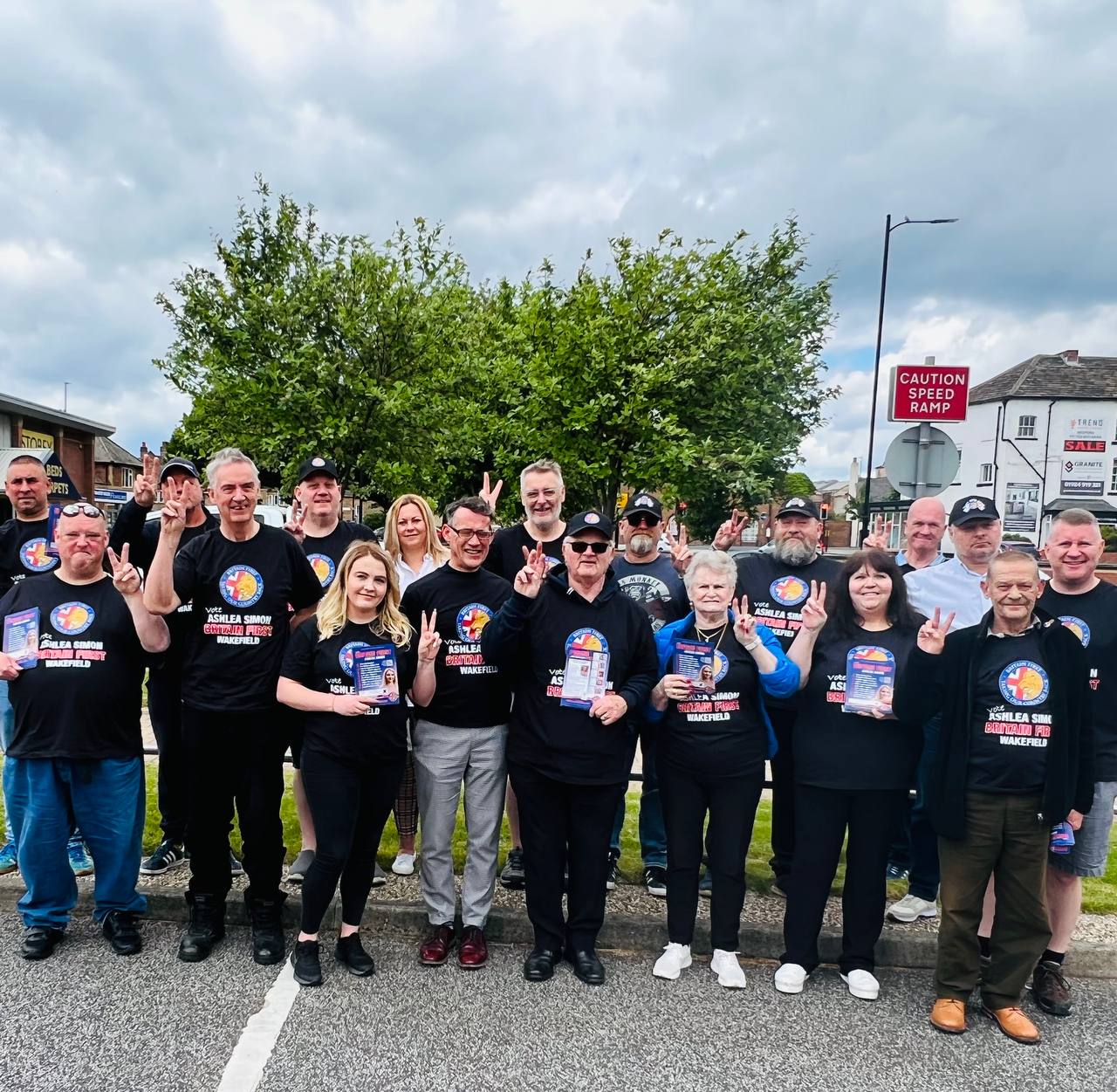 Mountains of leaflets were distributed, especially in the giant supermarket car parks, such as Asda and Sainsburys.

Our teams also travelled to the smaller towns within the constituency, such as Ossett and Horbury.

Via Twitter, we found out that a lone Muslim Labour councillor (Mohammed Ayub) was manning a stall in Wakefield town centre giving out anti-Britain First smear leaflets.

He must have had a lonely afternoon! 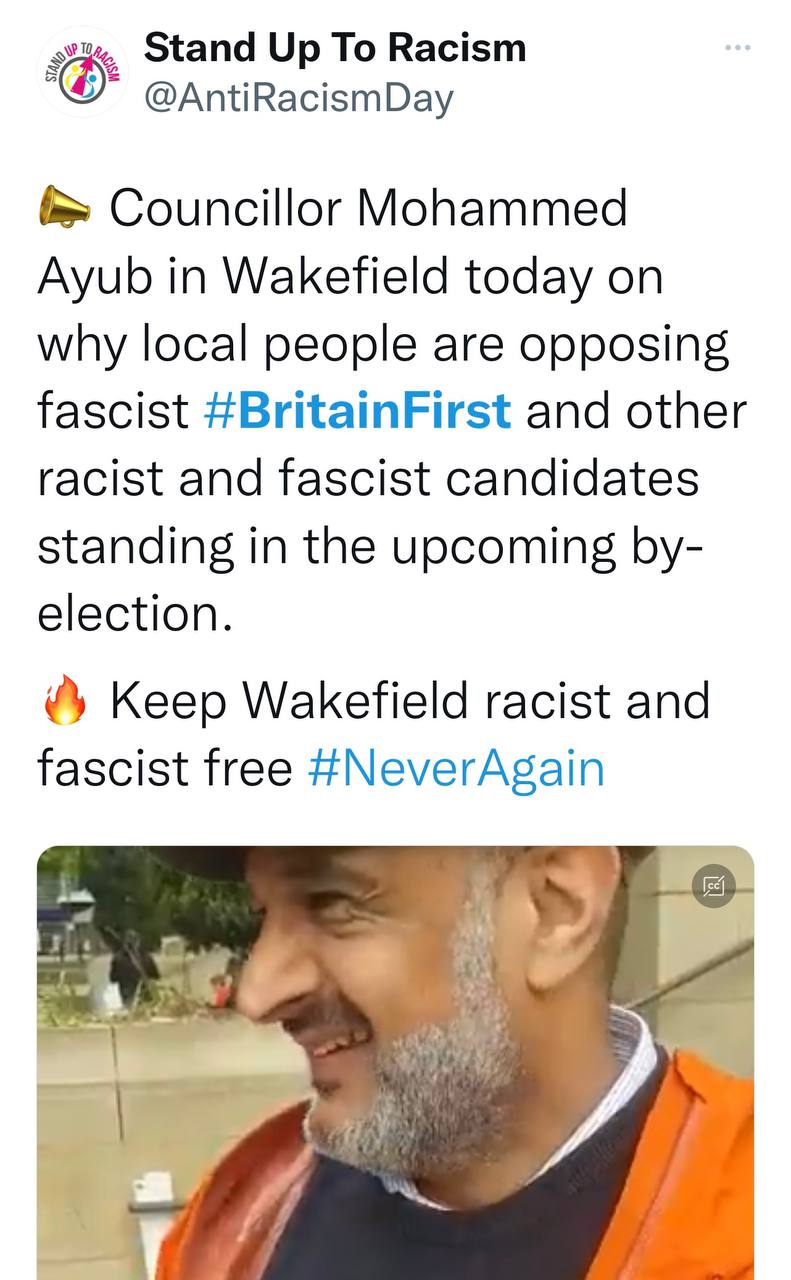 Is this the "anti-fascist reaction" that was pledged by the far-left last week?

We estimate that our Battle Bus fleet reached in excess of 20,000 people this afternoon on their travels.

Once again, our activities triggered a legion of leftist bigots on Twitter, giving our activists a good laugh.

Britain First will shortly plaster every lamppost in the Wakefield constituency with A3 campaign placards.

After driving around the constituency all afternoon, it is clear that none of the other parties standing in this election are bothering to make much of an effort. 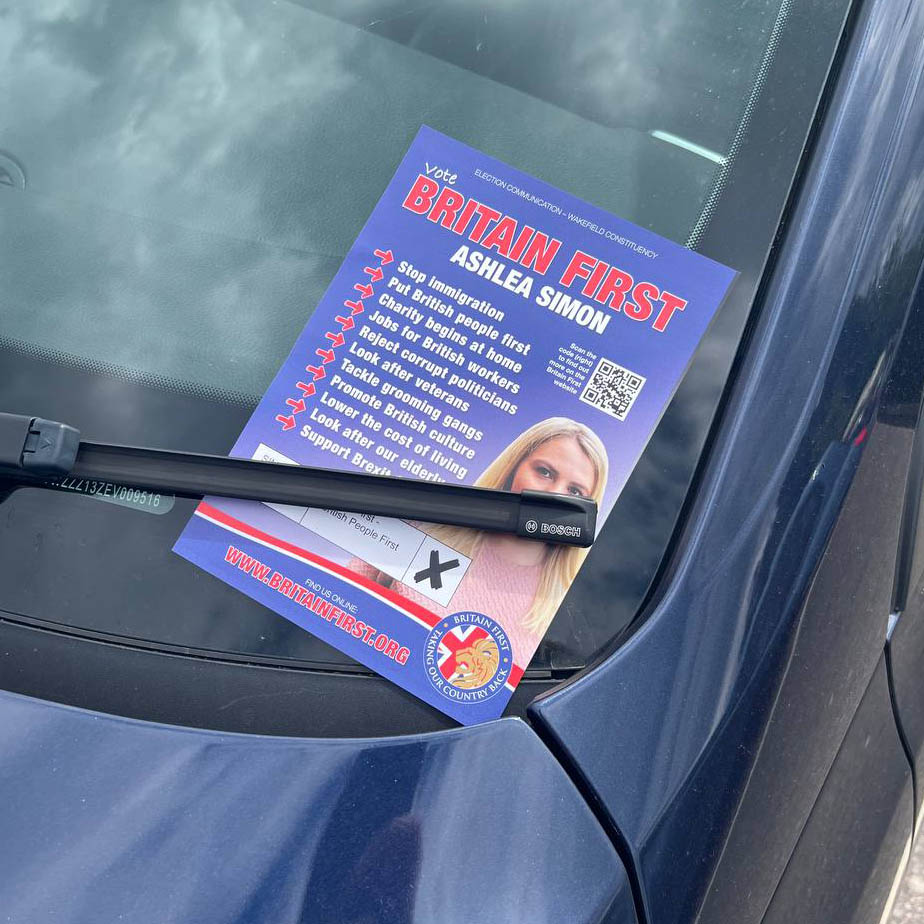 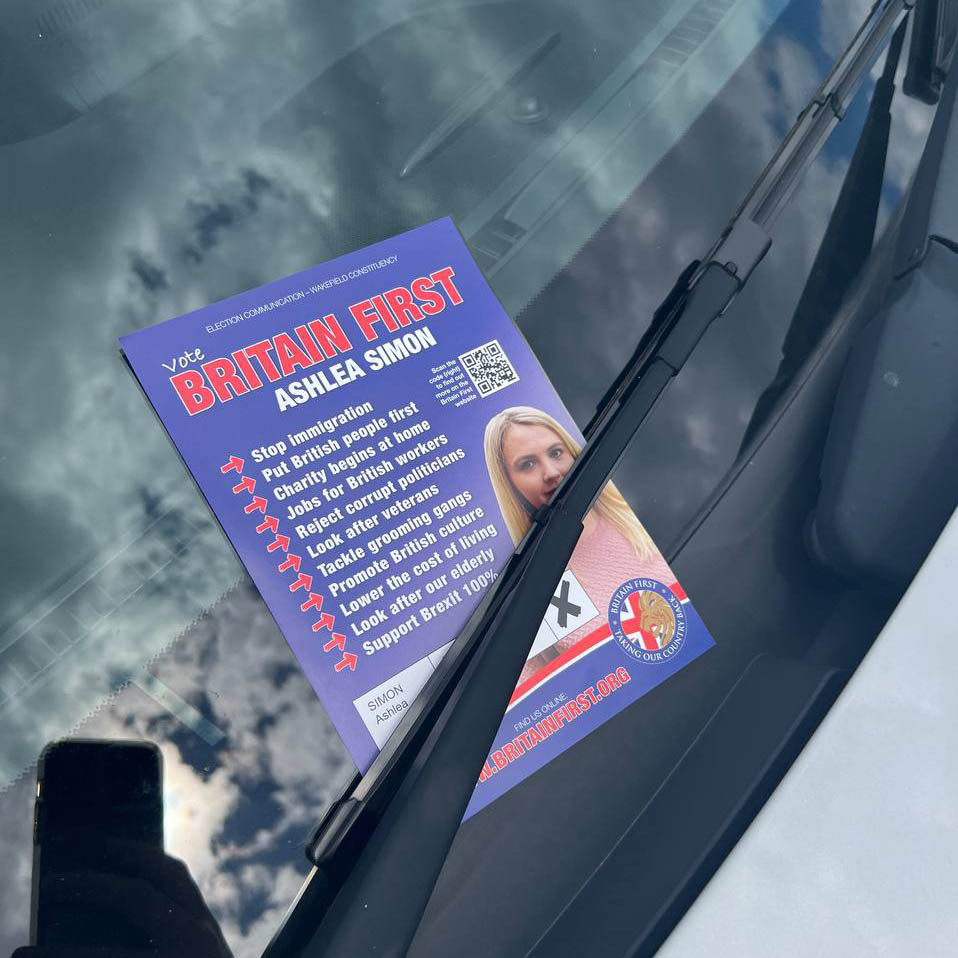 They were all totally invisible.

The only campaign that was visible to the public was Britain First.

Britain First is rapidly becoming the pre-eminent patriotic political party in this country.

It is becoming clearer by the day that Britain First is the final, last hope to rescue our nation.

Only Britain First can fight for a future for our children and grand-children. 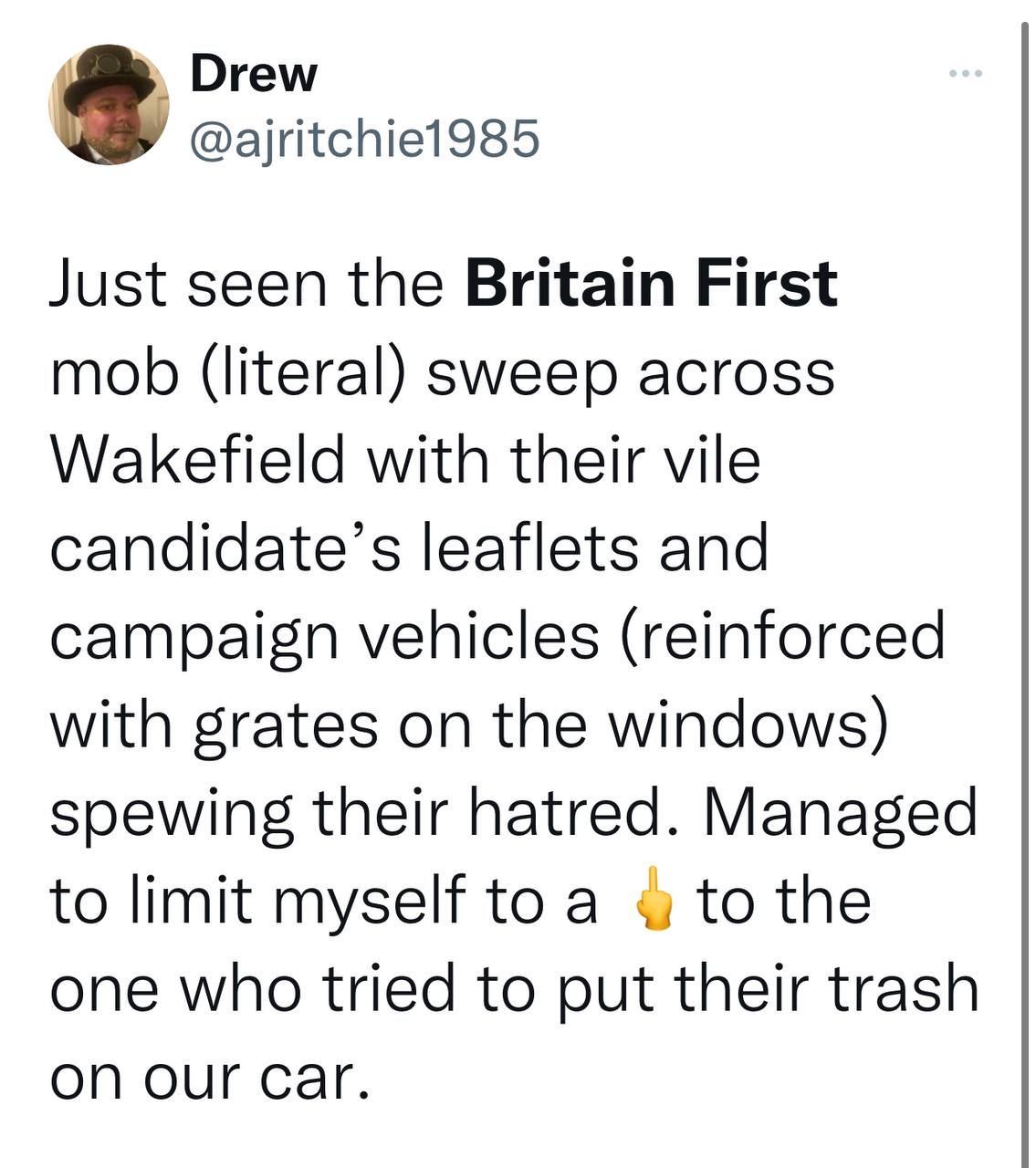 Even our most determined far-left opponents - Hope Not Hate - have publicly stated that Britain First is the most "well-organised and well-funded" patriot movement in this country.

Some staunch patriots have been "holding back" and waiting for Britain First to prove itself.

Well, we defeated the Electoral Commission, got the best local election results out of all the populist parties (including UKIP etc), and we are currently fighting the Wakefield parliamentary by-election, making a big impact in the process. 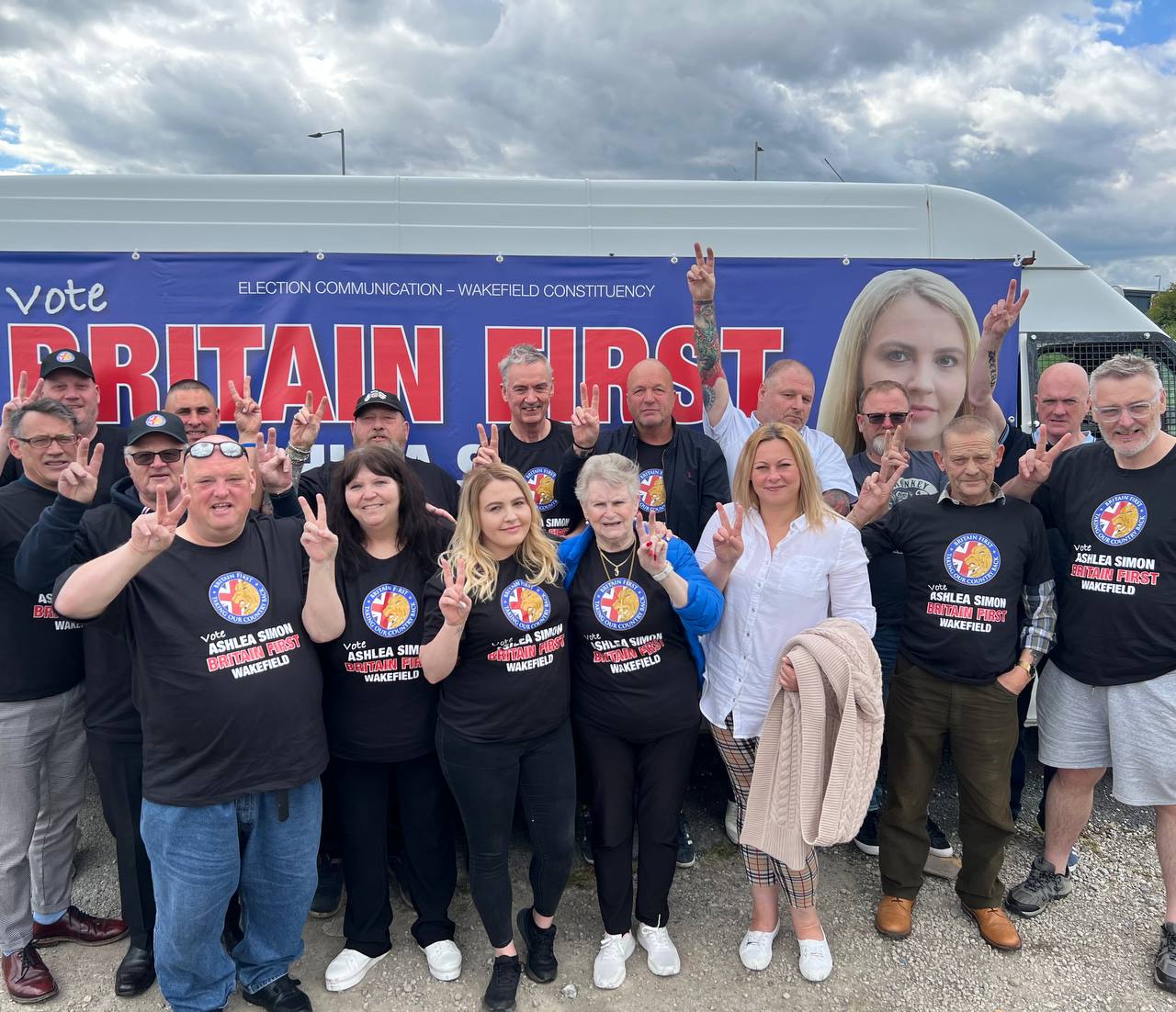 We are going to take this party to the gates of Downing Street itself.

But, we cannot do this without all sincere British patriots joining our party.

Sitting on the sidelines is no longer an option.

If you haven't joined yet, join the Britain First party immediately and your pack (below) will be with you within a few days: 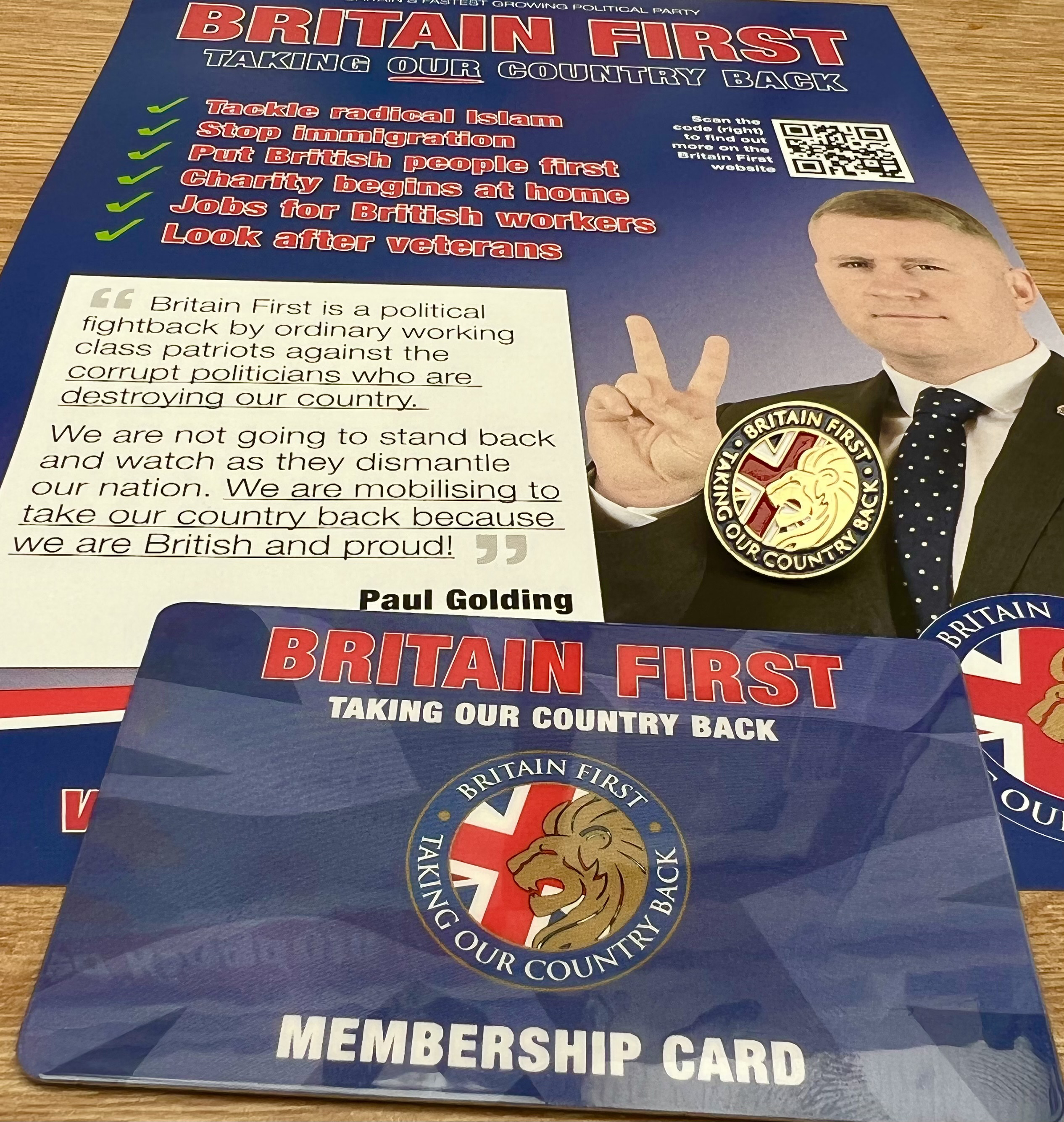