A former RAF base at the small North Yorkshire village of Linton-on-Ouse (near York) is being transformed into a processing camp for 1,500 illegal immigrant men.

The population of the Linton-on-Ouse village is approximately 600, so it will be completely overwhelmed by the migrant army dumped on their doorstep. 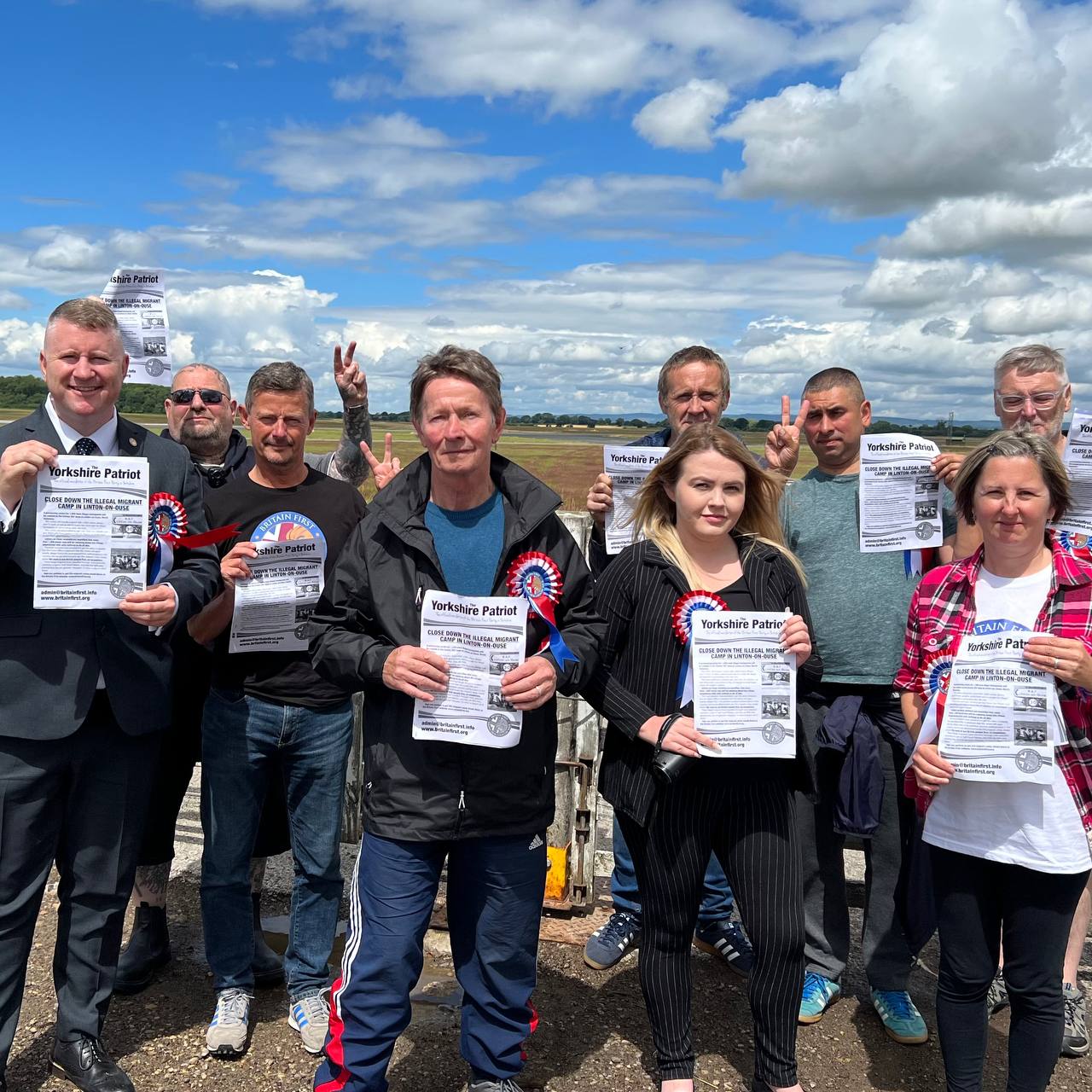 The locals are furious and angry and have protested multiple times to get the plans scrapped, but the Home Office is determined to proceed.

Britain First has launched a campaign against the proposed migrant camp, starting by leafleting the entire village with our first local leaflet.

Many more local leaflets will follow, along with other activities. 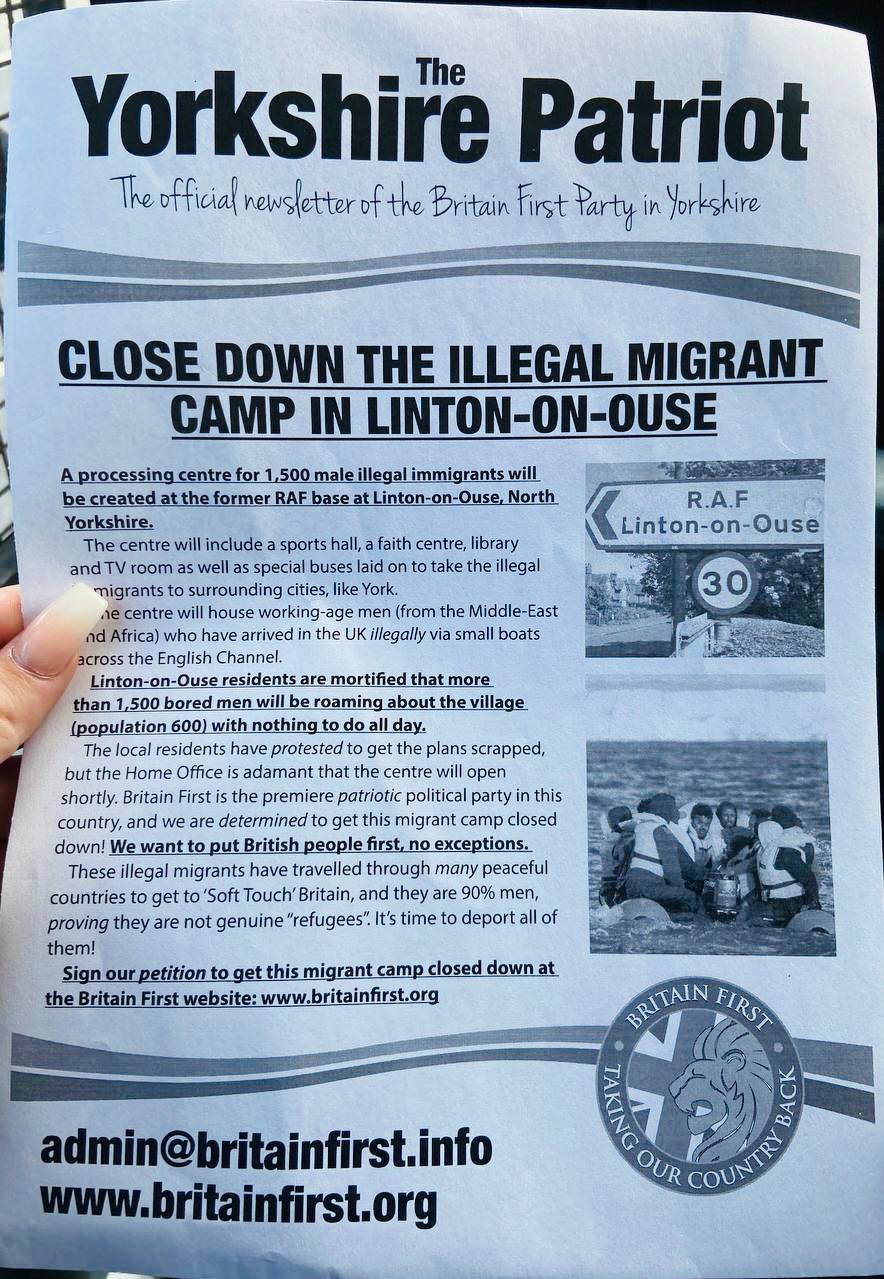 We will not stop this campaign until the Home Office reverses their decision and leaves this beautiful English village in peace.

While in the village today, Britain First was stalked and harassed by North Yorkshire police continuously.

Watch the video report, then share on social media:

Turn your phone sideways for a larger view of the video.