Since the day that party leader Paul Golding reported far-left extremist organisation Hope Not Hate to the Met Police for criminal wrongdoing, they have been busy targeting him.

On Friday 22nd April, Paul received a visit from Greater Manchester Police to inform him that he was the target of a serious and credible death threat. 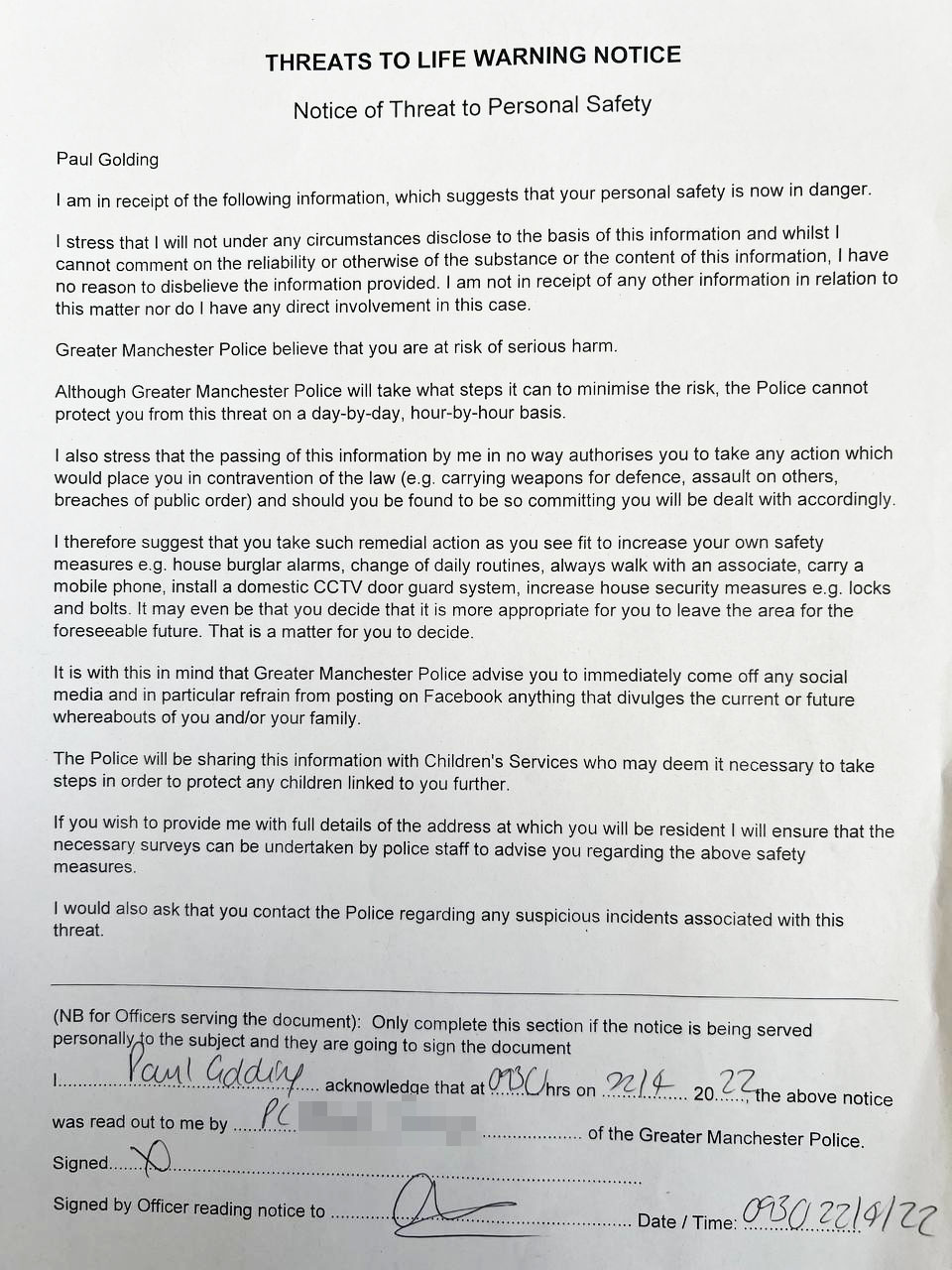 The very next day, Paul encountered Hope Not Hate goons leafleting his neighbours with a malicious smear leaflet full of outrageous lies.

On Sunday 1st May, Greater Manchester Police visited Paul to collect evidence of the Hope Not Hate activities in his neighbourhood.

The police officer confirmed that Hope Not Hate stepped over the line when it comes to Malicious Communications offences and that they would have a hard time in court claiming that what they have been doing to Paul is not "malicious" in nature.

Turn your phone sideways for a larger view of the video.