Around nine months ago, I remember walking out of an appointment at my osteopaths in Manchester.

After climbing back into my car, I quickly checked my emails on my iPhone.

At the top of my unread emails, was an email from the Electoral Commission. 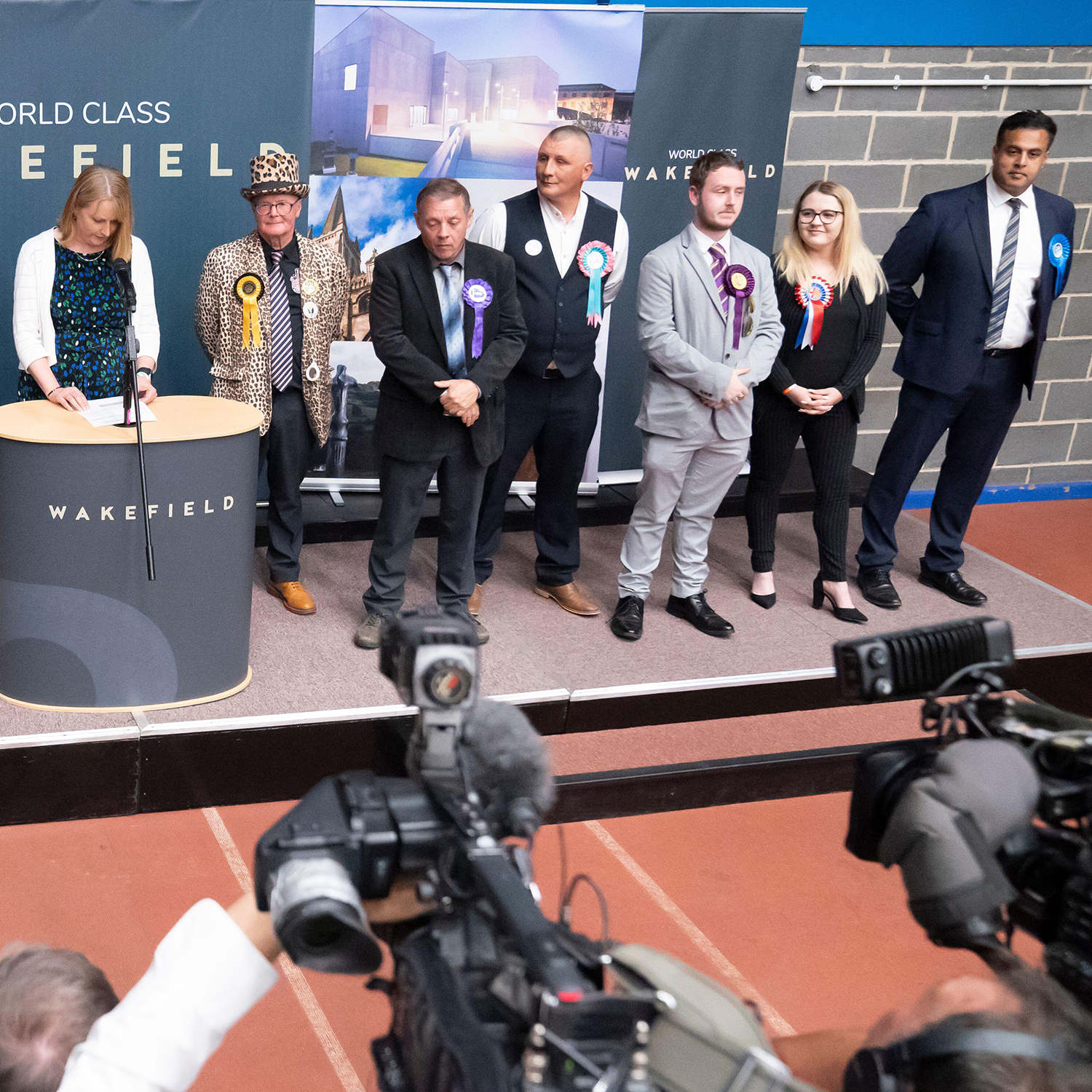 I must admit that, after four long years of legal wrangling with the Electoral Commission, and eight rejected applications, I had a sharp rush of panic and adrenaline.

Cautiously, I opened the email and began to read it.

I cannot describe the overwhelming elation I felt after reading the first paragraph that stated that Britain First had finally been approved as a registered political party.

I was genuinely stunned into silence as I honestly thought the establishment would never allow us to successfully register.

It was the culmination of four, intense years of legal battles with the Electoral Commission. 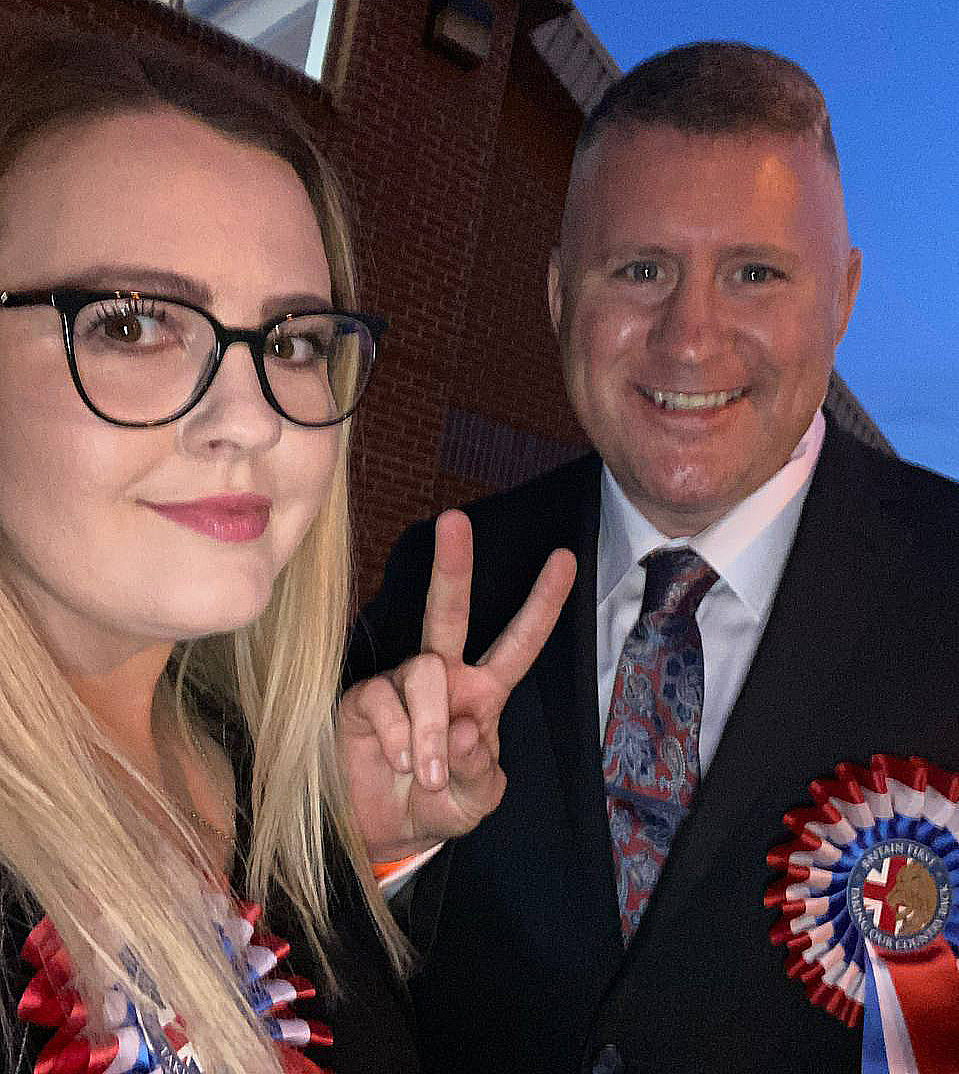 Britain First has taken on and defeated the establishment many times now, including twice in the last fortnight.

But no victory was as sweet as the victory over the Electoral Commission.

Now that the dust has settled on the Wakefield by-election, I thought I would write down my thoughts, not just on this election, but on our first nine months as a political party.

Britain First has not even been a political party for a whole year yet, and I am certain that we are giving the Powers That Be real nightmares in the corridors of Westminster.

When Britain First decided to contest the Wakefield by-election, we did so for a series of specific reasons. 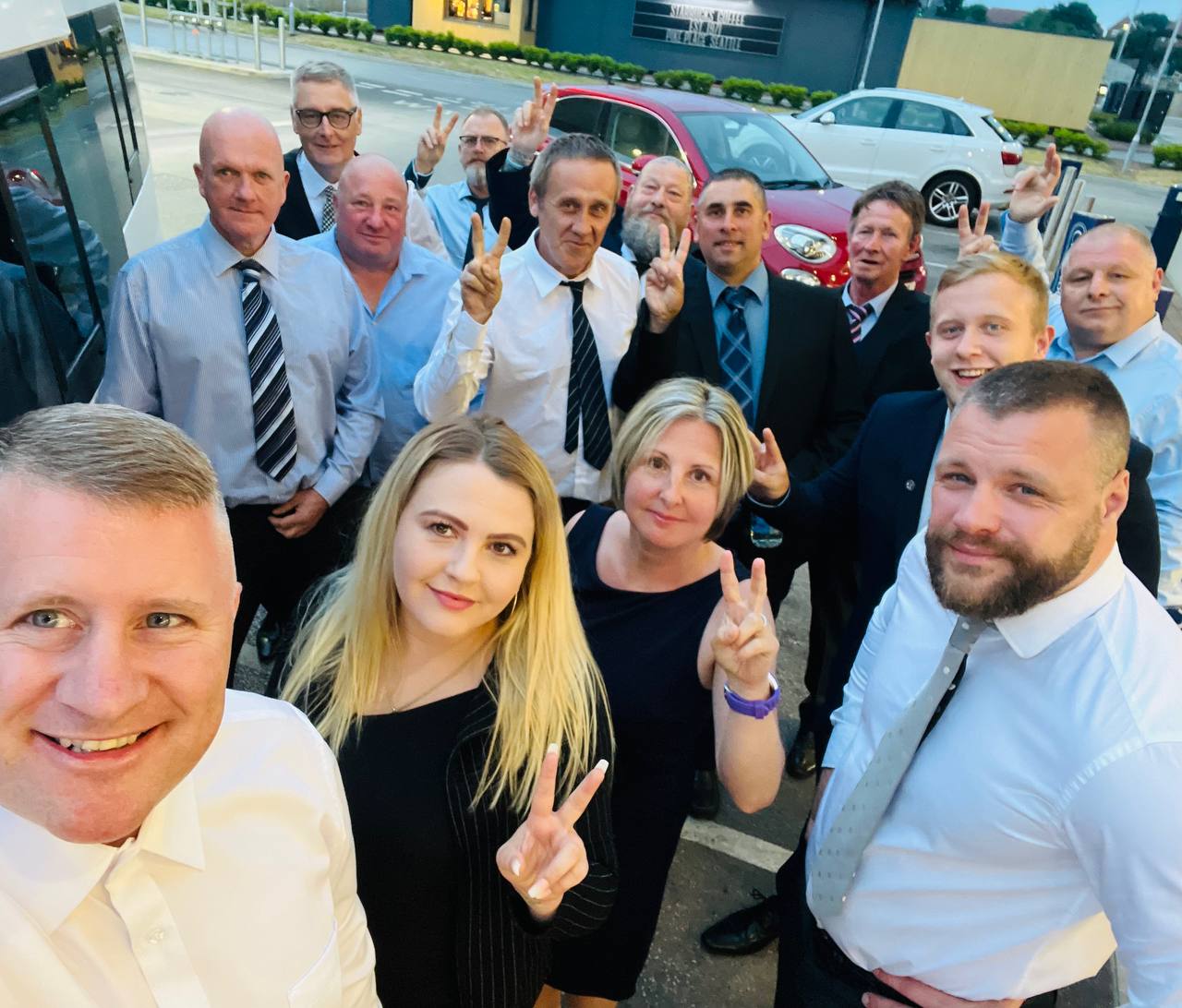 Firstly, we wanted to raise our profile as a party that contests elections.

Secondly, we wanted the experience and knowledge of standing at parliamentary level.

As we have said all along, we weren't too concerned about the end result, as long as we ticked the boxes of the two reasons above.

As far as I can see, we have achieved both of these imperatives.

The result from Wakefield was interesting, to say the least. 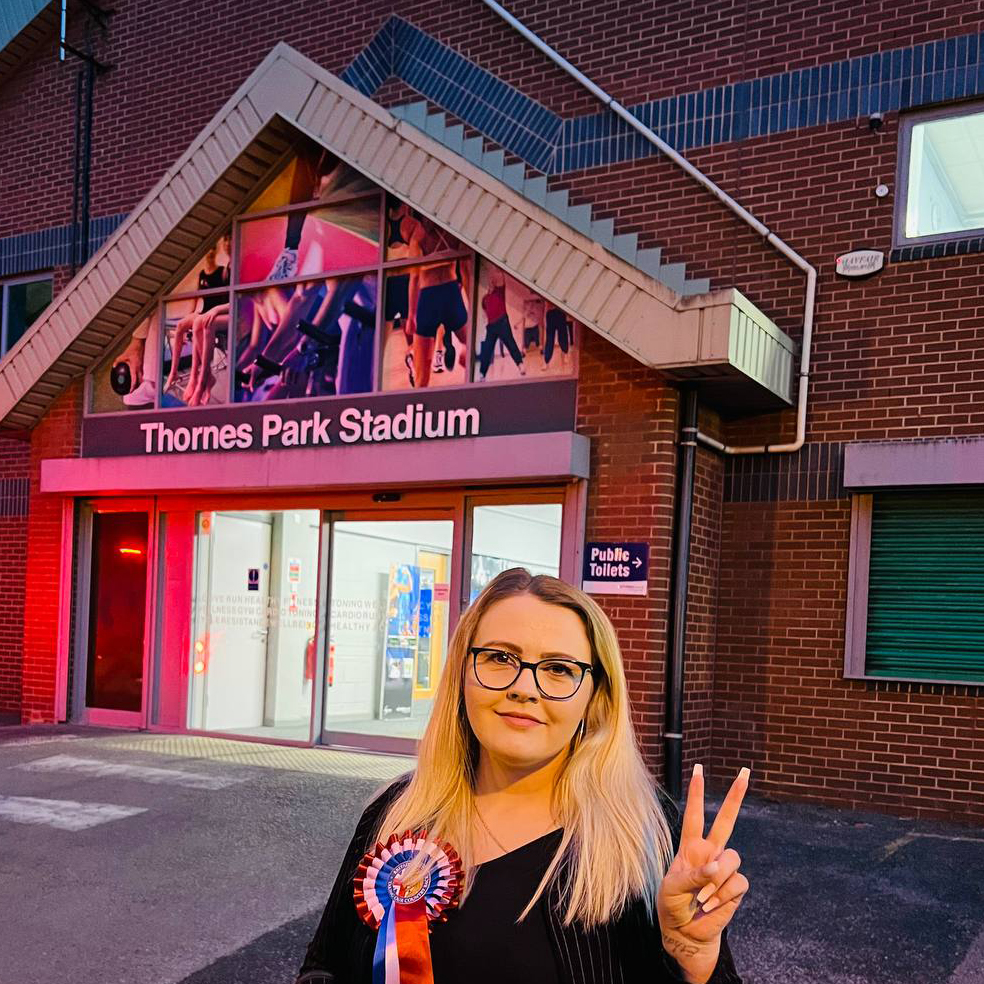 As someone who has 23 years of experience in politics, it is actually far more encouraging than people think.

Britain First achieved twice as many votes as UKIP.

Britain First achieved twice as many votes as the English Democrats.

The Britain First vote was actually on a similar level to the Green Party, the Liberal Democrats and Reform UK (formerly the Brexit Party).

Considering that these mainstream parties usually receive millions of votes and have millions of pounds in funding, along with regular high profile media coverage, this is a very respectable achievement for a party that has only been registered for nine months!

There is also the fact that everyone's vote collapsed at the Wakefield election:

For the stats above, we have omitted joke parties and the independents, and everyone who polled lower than Britain First.

As you can clearly see, everyone's vote collapsed, except for Britain First and the Green Party.

Although the vote for Reform UK was ahead of Britain First, their vote actually collapsed by 81.2% compared to last time.

With all of these factors considered, I feel that we did very well at Wakefield considering this was a first time effort in a new area, not forgetting that we are a new party. 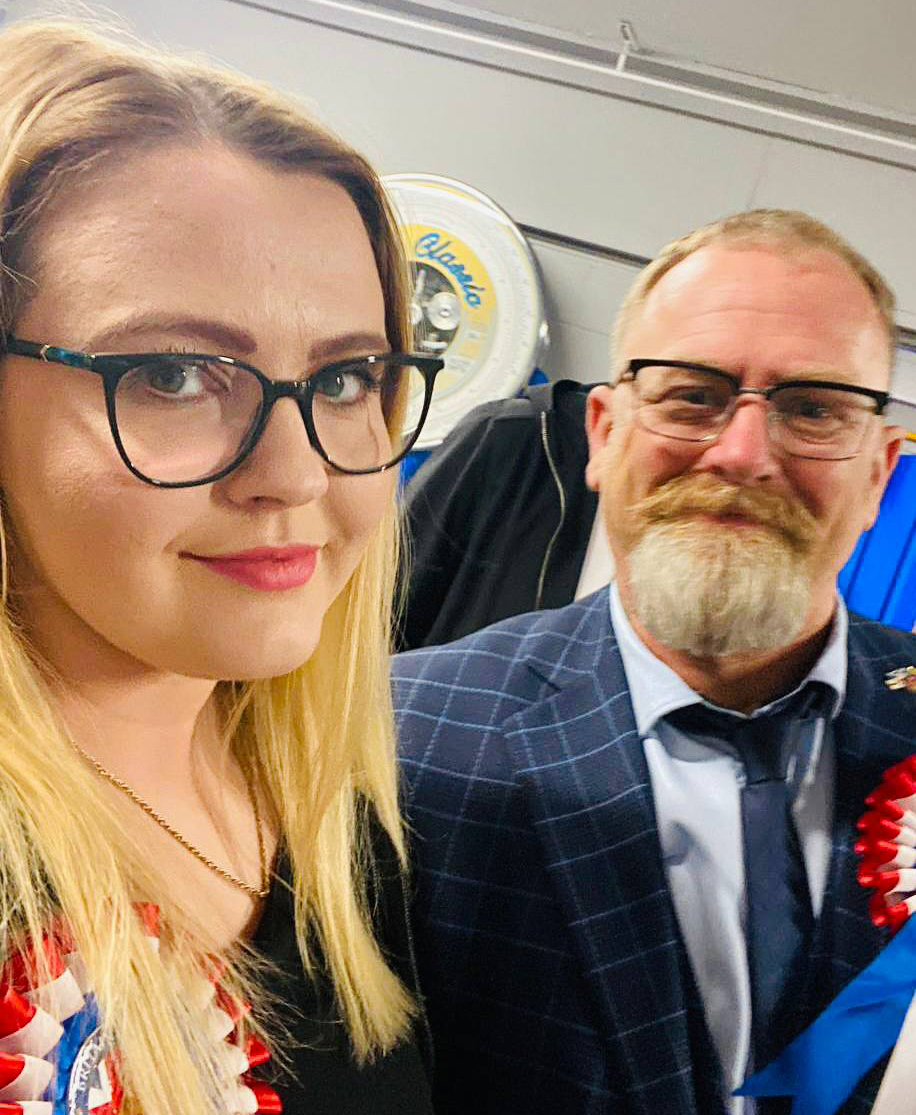 Although Labour is busy celebrating their "victory" on Twitter, I noticed something very important once the votes were announced.

We all know that there is a groundswell of disgust and disillusionment with the political elite.

This rot now appears to be even more entrenched and widespread than I thought possible.

Labour didn't even save their deposit Thursday evening at the Tiverton and Honiton by-election in Devon, getting less than 5% of the total vote. 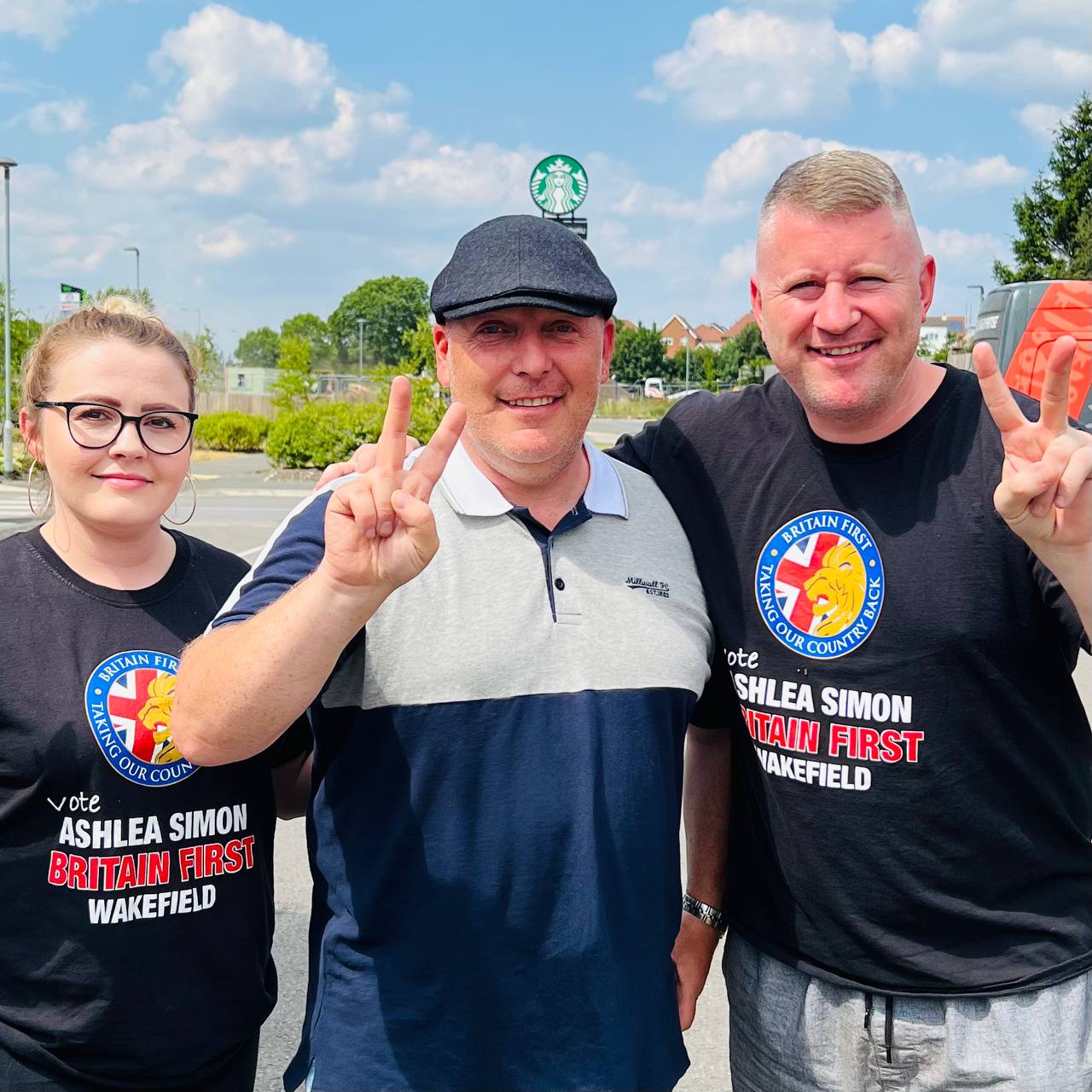 The Labour vote seems to be slowly falling away.

In both the local elections in May and in Wakefield recently, we encountered a widespread apathy and dissatisfaction with politics in general.

People are utterly fed up and angry with politicians.

This general disgust and enmity towards politicians is great for Britain First in the long-term, but it is clear that it is compressing our vote in the short-term as we don't yet possess the political credibility that voters want to see if they are going to make the effort to travel to the polling station and vote for us.

For example, in the recent local elections in our Manchester target ward, after months of multi-sweep canvassing, we gathered over 1,500 voters who said they supported us. 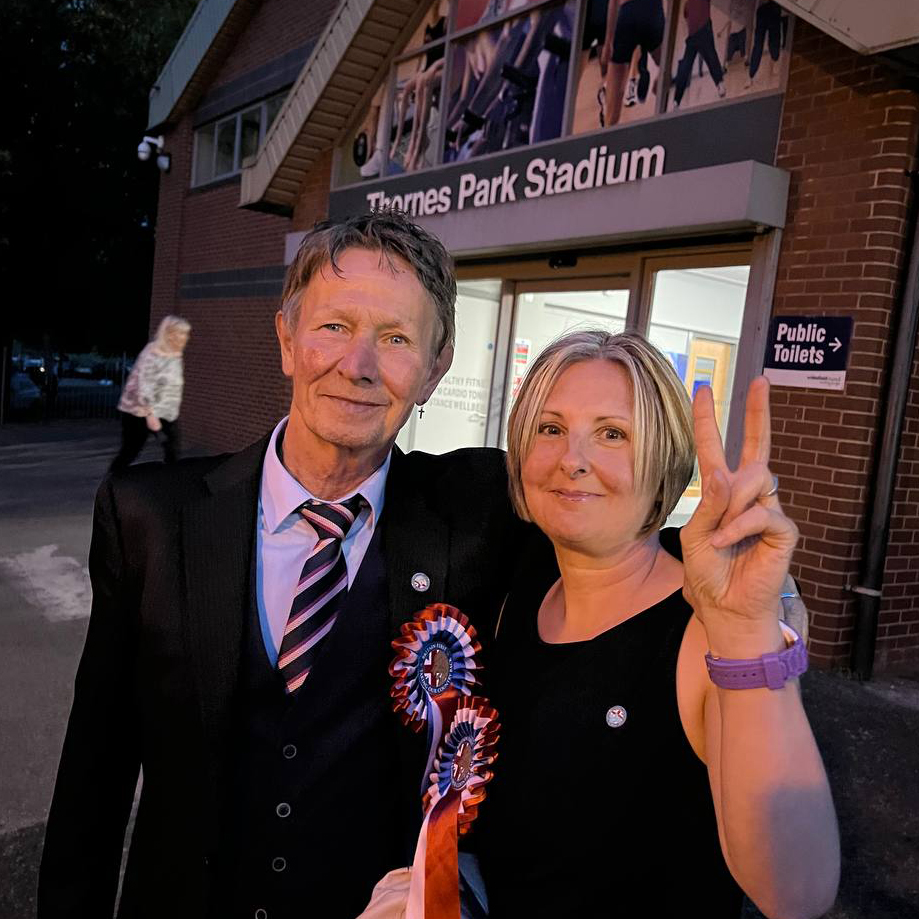 When polling day came, only 500 or so actually made the effort to go and vote for us.

Because we don't yet have an established track record of credibility in politics, the 1,000 or so voters that didn't vote for us probably thought it would be a waste of time.

If they had proof that Britain First had a real chance of winning - which we did - they probably would have made the effort.

If they had all came out and voted for Britain First, we would have easily won the election.

On the campaign trail in Wakefield, we encountered a decent level of support for Britain First, but we are being held back (temporarily) by the "I support you, but you don't have a chance of winning" syndrome. 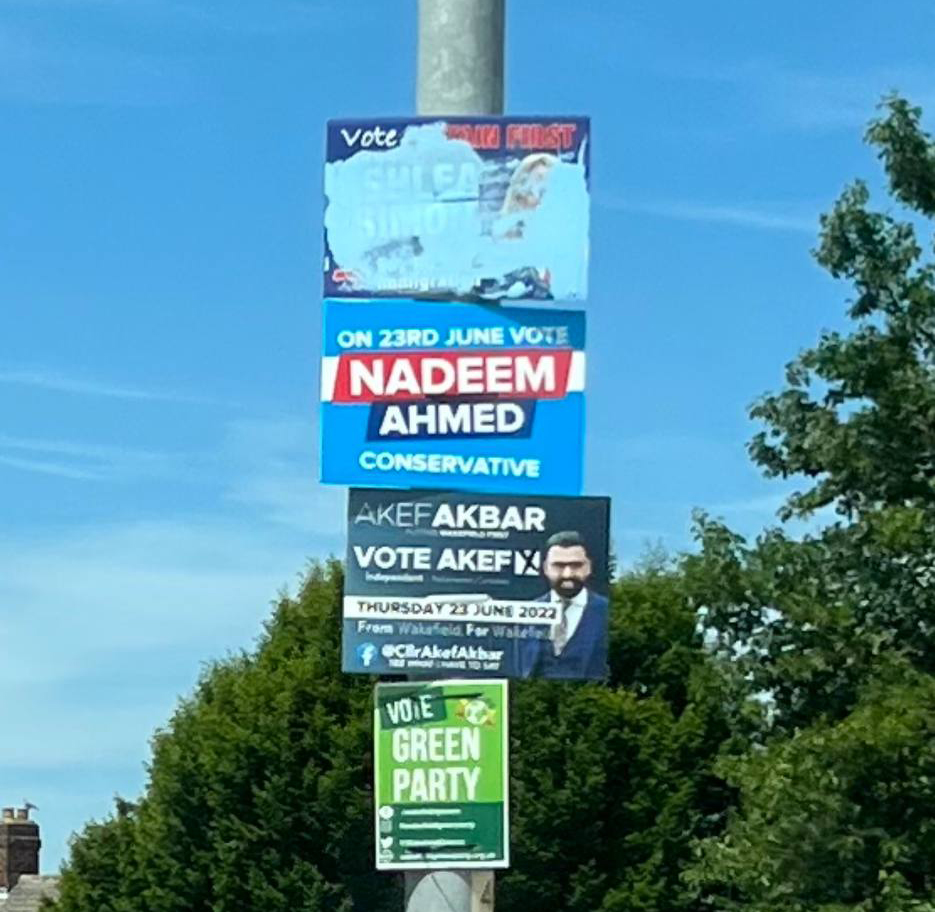 When voters are angry and disillusioned at politics in general, they switch off.

They don't simply re-direct their votes, they stay at home.

This is why the turn-outs at current elections are pitiful.

In the local election, in our Manchester target seat, the turn-out was only 25%.

This means that 75% didn't vote as they are so disgusted with modern politics. 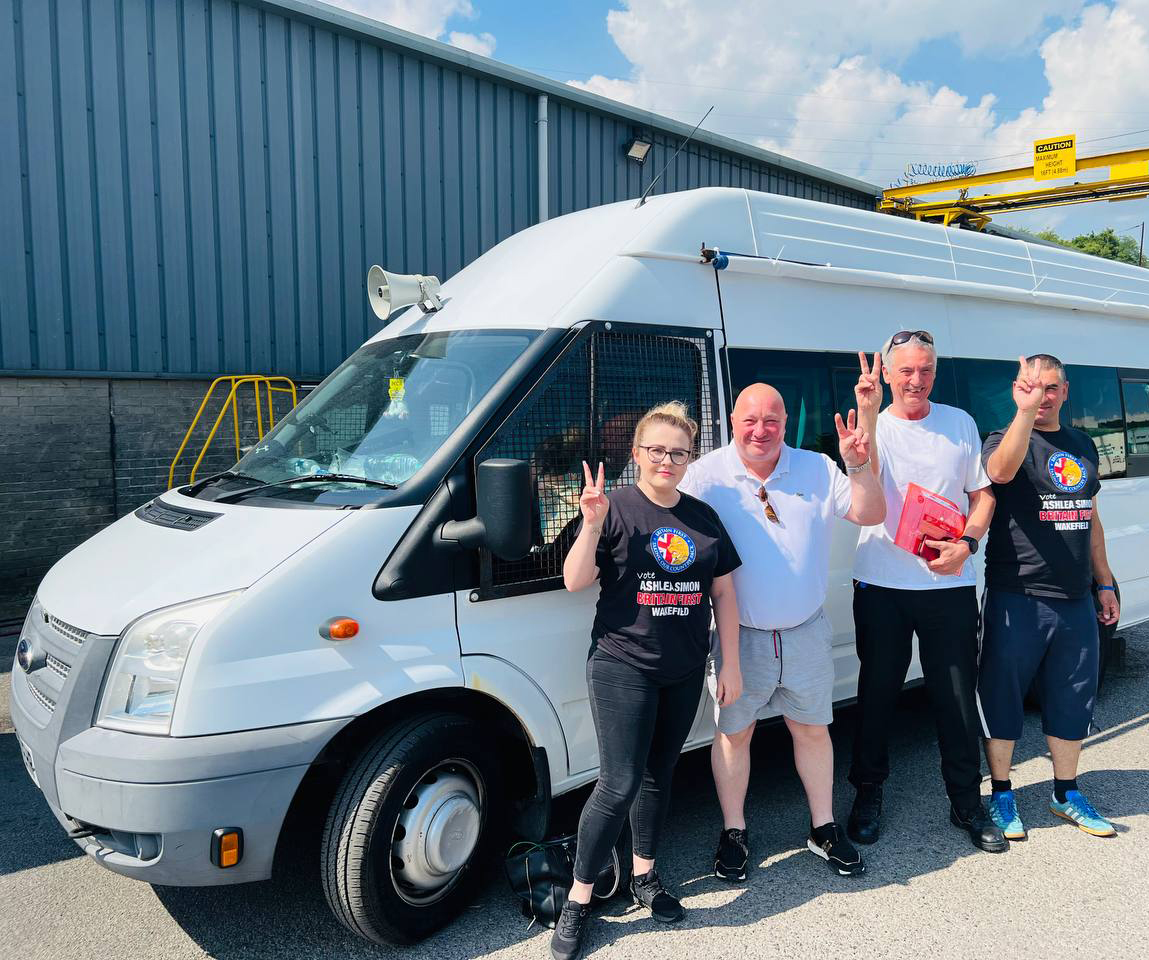 The Silent Majority is real, and accounts for at least 70% of the UK voting population.

As things get worse in this country, the disgust and anger at the political elite is going to increase exponentially.

When Britain finally goes into recession - estimated at sometime within the next five years - politics will simply collapse in this country.

That is when our time will come, the time when vast numbers of British voters will vote for what the media continually demonises as an "extreme" alternative. 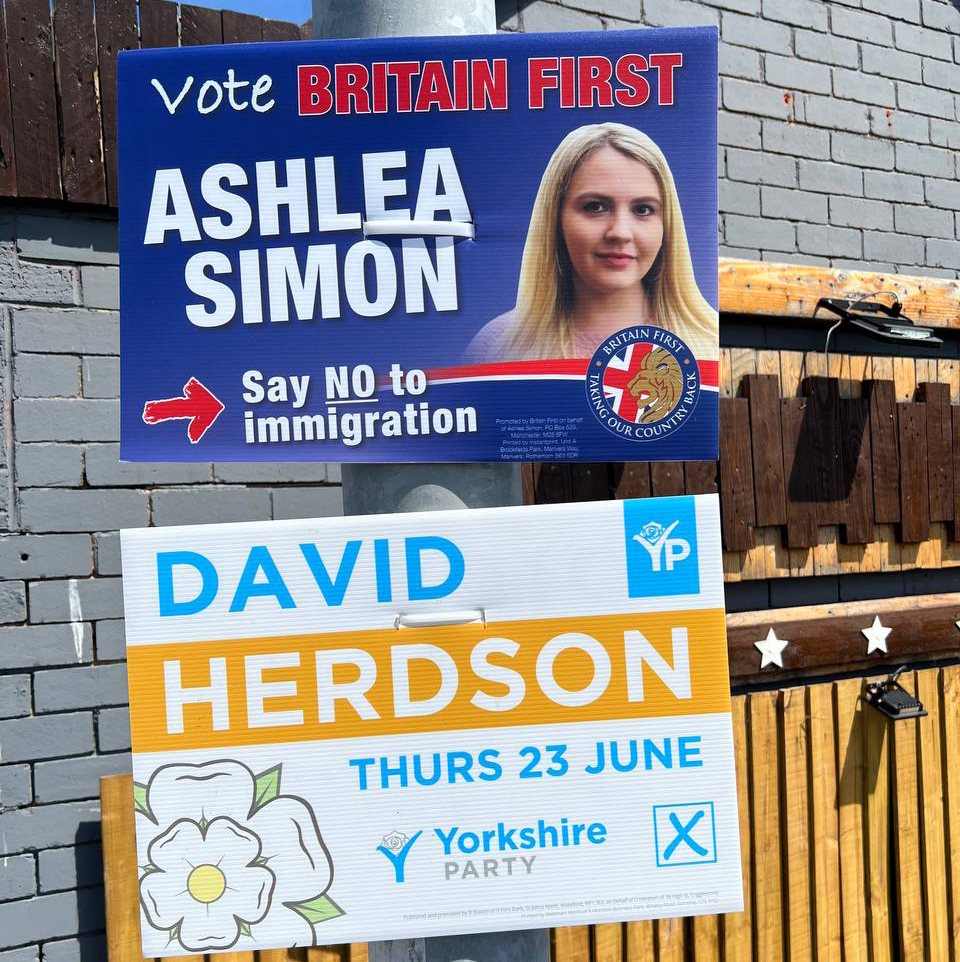 And because of these factors, voter apathy and anger is increasing.

If I were a traitor politician at Westminster at this moment, I would be very, very concerned and worried about the future.

It took Marine Le Pen a long time to establish her credibility in politics, before she received millions of votes.

It took Nigel Farage a long time to establish his credibility in politics, before he received millions of votes.

All the trends and patterns are working in our favour, all we need to do is to survive establishment persecution and power ahead with relentless activism, electioneering and building a grassroots movement across the nation. 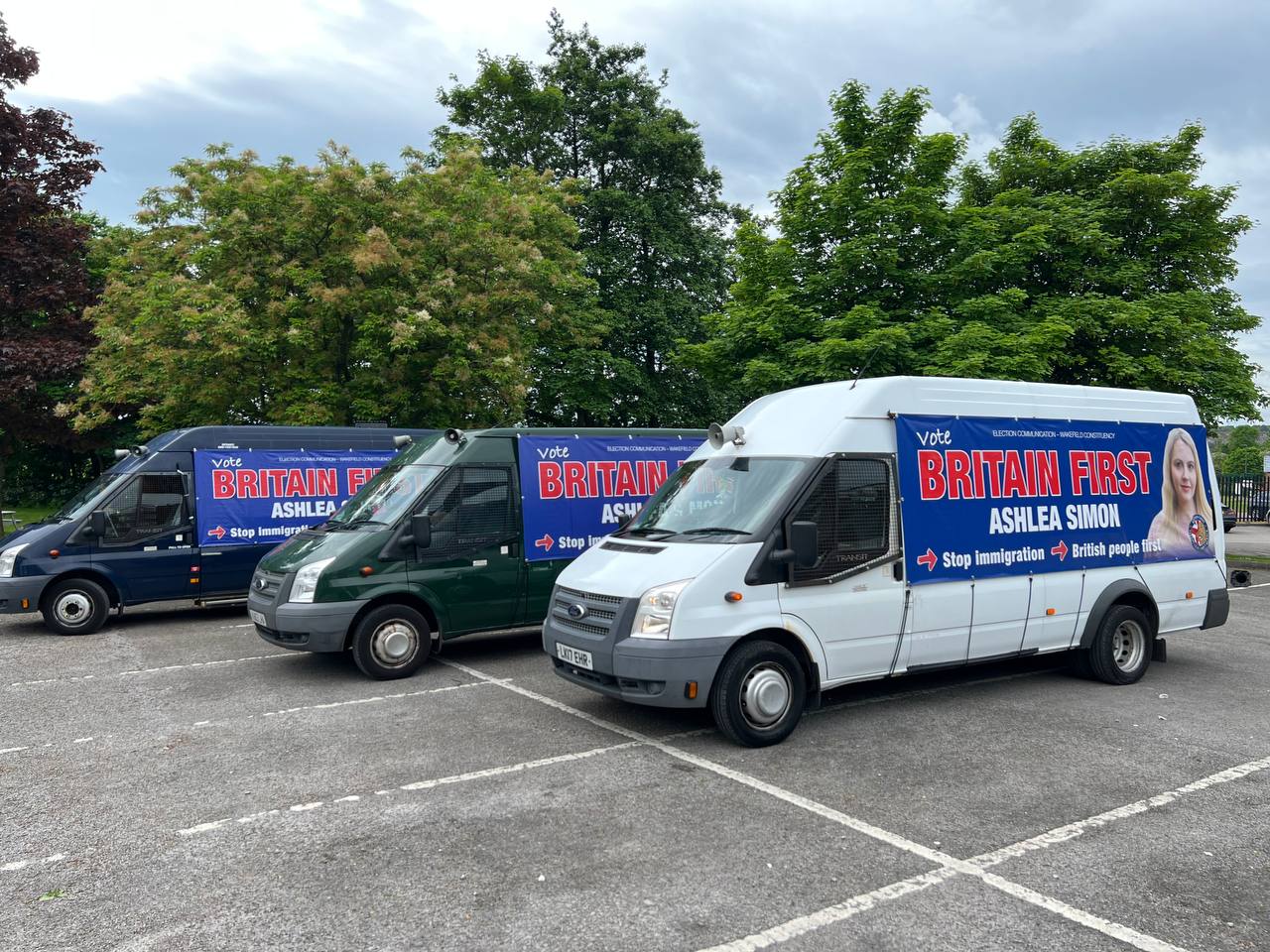 In our first nine months of being a registered political party, Britain First has beaten the Conservatives, the Lib-Dems and the Greens in local elections, and been within a whisker of the Lib-Dems, the Greens and Reform at parliamentary level.

We also got twice the vote of UKIP in our first head-to-head contest.

This is a decent track record for a "new kid on the block".

I am immensely proud of our candidates, our activists and our members and donors who funded these election campaigns.

Britain First is doing very well indeed, and this will only continue. 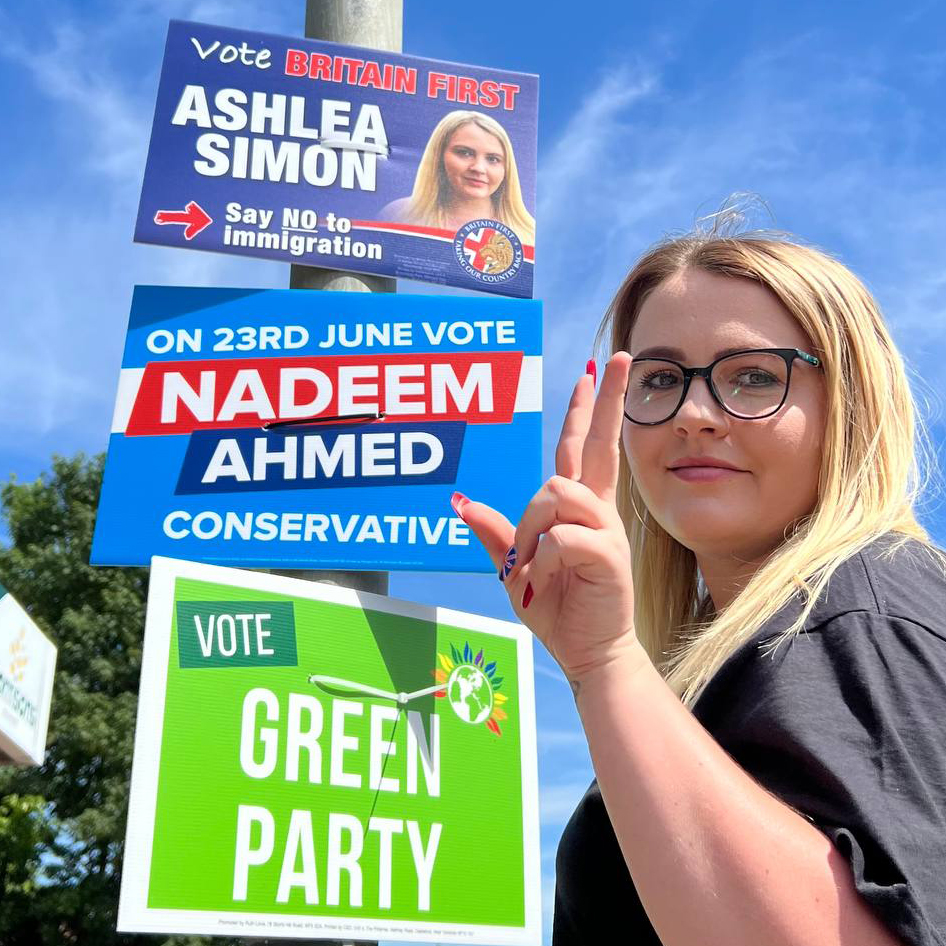 Rome wasn't built in a day, as the saying goes.

After a short break and rest for our officers and activists, Britain First is going to spend the rest of the year building a network of branches across the nation, as well as focusing on gaining publicity, and organising local campaigns and activities.

We want to spread our tentacles into every city, town, county and parliamentary constituency in this country.

As Winston Churchill said, "Success is not final; failure is not fatal: it is the courage to continue that counts."

We are in this for the long haul.